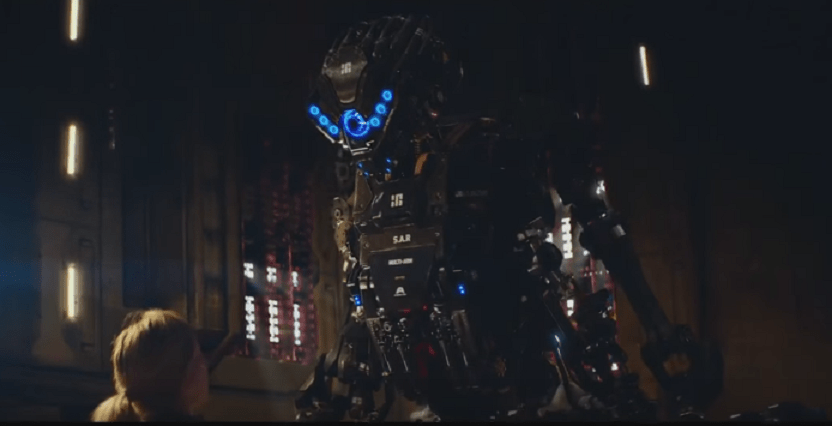 Boy, we sure do love movies about robots killing people, don’t we? I mean, I don’t even need to name most of them given how ubiquitous the ‘killer robots/technology’ trope is in movies. Maybe it’s because, in an age where technology is advancing at an astounding rate, we find ourselves distrustful of all the shiny new gizmos and gewgaws that continue to occupy more and more of our world. Or maybe it’s some kind of cultural self-esteem issue, based on an subconscious assumption that a thinking entity even slightly more advanced than us would instantly view the human race with the kind of disdain normal people reserve for the goo you fish out of a clogged drainpipe. Whatever the root cause, we continue to depict robots and AI as a threat as much as an ally, and here’s the trailer the new sci-fi actioner Kill Command to add to the pile of examples.

The film looks kinda like Dog Soldiers but with robots, with what was supposed to be a training exercise turning deadly when the robotic soldiers a group of squishy humans are fighting against decide to go at it for real. Along for the ride with the humans is a human whose been enhanced with some kind of cyborg technology who had a had in designing the robots.

It looks like a fun enough bit of “pow pow brakka brakka” shoot ’em up sci-fi fun, but it must be said that as sci-fi action movie trailers go, this one hits every square in the bingo card. You’ve got the “bwaaa”, the strobe light thing, it feels about as cut-and-paste as a trailer for this kind of movie can be. The robot baddies are also just over-designed enough to be fairly forgettable, but I’m sure the last thing you want is for me to blab on about mechanical design. Again.

You can check out the trailer for Kill Command below. What do you think? Will it be a another generic sci-fi action flick, or could we be looking at another surprise on the level of Edge of Tomorrow?