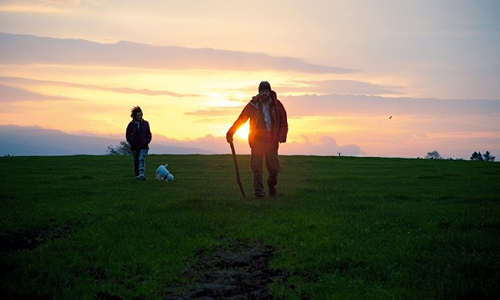 English director Ben Wheatley has made quite a reputation for himself in the indie film circuit over the last few years with his offbeat thriller Kill List, getting many people interested in what he chose to work on next, which turned out to be the horror comedy Sightseers. Wheatley relinquishes writing duties this time to Steve Oram and Alice Lowe, who also take on acting duties in the film, which previously screened at the Cannes film festival, and will be making its North American debut at TIFF 2012. Oram and Lowe are joined in the cast by Lucy Russell, Richard Lumsden, Sara Stewart, Jonathan Aris, and Monica Dolan. A trailer for the movie has now been released, which you can see below.