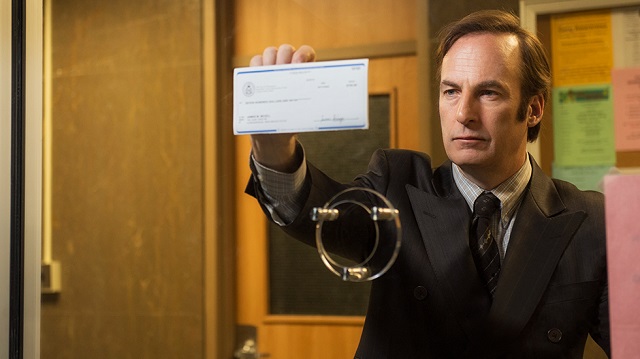 AMC finally releases an extended look at new series Better Call Saul, a spinoff of their critically acclaimed series Breaking Bad, with a trailer that is all about faith, reckoning and atonement. Bob Odenkirk reprises his role of Saul Goodman, at this time going by James “Jimmy” Mcgill, as he starts down the path that will lead him to become the shifty lawyer we all know. The much anticipated new series will have a lot for fans of Breaking Bad to tune in for, such as returning creative team of Vince Gilligan and Peter Gould, as well as Jonathan Banks reprising his role as Mike Ehrmatraut along with new cast members Micheal Mckean, Rhea Seahorn and Patrick Fabion. Better Call Saul has already been renewed by AMC for a second season.

Watch the extended trailer below: