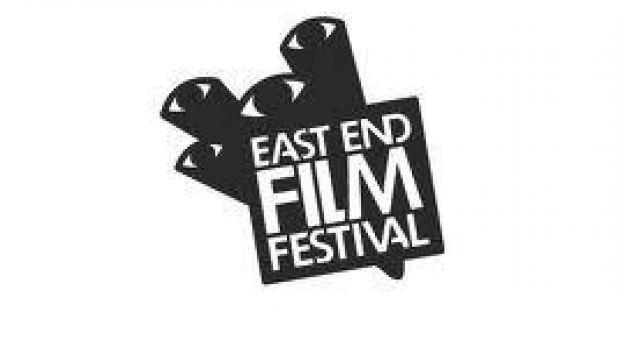 Even as the Edinburgh International Film Festival presses ahead up north, the nation’s capital is not – and never has been – content to sit complacent on the cinematic front. The East End Film Festival, founded in 2000 and expanding year on year ever since, returns from 25 June to July 10 and once again boasts a remarkably strong lineup. Awards to dish out include Best Film, Best Documentary, Best Short Film and the EEFF Short Film Audience Award, from an eclectic jury that features the likes of the Guardian’s Peter Bradshaw, Wu-Tang Clan head honcho RZA, and Armando Bo, winner of last year’s Best Film Award for his directorial debut El Ultimo Elvis.

Things kick off in celebratory fashion with the Opening Gala at the Art Deco Troxy in Limehouse on 25 June, where Mark Donne’s less-than-celebratory The UK Gold will have its world premiere. The documentary looks at recession-era Britain after the brief triumph of last year’s Olympic Games, calling on the views of politicians, journalists and economists to assess the financial and human damage wrought by foul play in the City, from hedge funds to tax havens. The film’s score sounds courtesy of Radiohead’s Thom Yorke and Massive Attack’s Robert Del Naja, with narration by British actor Dominic West. Musical performances follow afterwards from Klaxons and Public Service Broadcasting, as well as DJ sets by Fuck Buttons’ Ben John Power and The Pop Group’s Mark Stewart.

The festival’s Centrepiece Gala at Hackney Picturehouse on 6 July will screen Noah Baumbach’s acclaimed coming-of-age indie Frances Ha, starring Greta Gerwig as a struggling dancer looking to find her way in the world; and the Closing Party on 10 July at the same location will play Rob Epstein and Jeffrey Friedman’s Lovelace, a biopic of the porn actress with Amanda Seyfried in the title role. They’re not the only big names on show; Kiyoshi Kurosawa’s Penance, Cristi Puiu’s Trois Exercises and Ben Wheatley’s much-anticipated A Field in England are each playing at the festival, the latter part of EEFF’s ‘Unpacking British Cinema’ showcase.

UK cinema is naturally well-represented, spearheaded by Kieran Evan’s documentary The Outer Edges; the film explores disregarded spaces on the capital’s outskirts, set to a poetic narration and musical score from Underworld’s Karl Hyde who will provide a live rendition at the world premiere on 10 July. Similarly affectionate for the omitted is Matt Hulse’s Dummy Jim, a blend of fiction and documentary that tracks deaf-mute cyclist James Duthie on a journey across the Continent. More eccentric figures can be found in the eponymous underground rock star of Elisabeth Rasmussen’s The Heart of Bruno Wizard, or Toby Amies’ The Man Whose Mind Exploded, whose title character has survived ‘three strokes, two suicide attempts and two comas’.

Beyond the offerings of our small island, a healthy selection of world cinema nicely bolsters the festival card. Kasia Roslaniec returns with another worried indictment of superficial Polish youth in the colourful Baby Blues; Sebastian Hofmann’s Halley is sure to provoke strong reactions with its visceral depiction of bodily discomfort; and Gabriela Cowperthwaite brings documentary Blackfish to East End audiences following its rapturous Sundance reception earlier in the year.