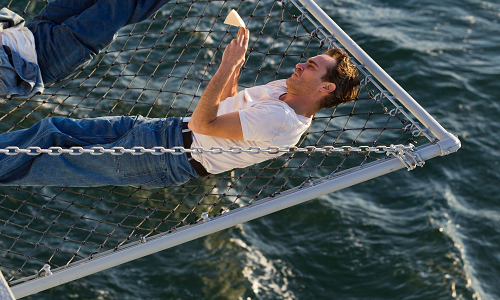 Paul Thomas Anderson, despite having only five feature films under his belt, has indelibly left his mark in cinema, often coming up in conversations about the best filmmaker working. His newest feature, titled The Master, sees him once again directing from an original screenplay of his own, with frequent collaborator Philip Seymour Hoffman headlining the cast, joined this time by Joaquin Phoenix, Amy Adams, Jesse Plemons, and Laura Dern. The movie has been garnering rave reviews as it makes its way along the festival circuit, winning the Silver Lion at the Venice Film Festival. A new trailer for the movie, which clocks in at 4 minutes 30 seconds and is comprised mostly of scenes that did not end up in the theatrical cut, has now been released, and can be seen below.