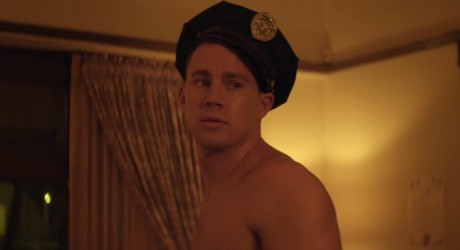 As prolific filmmaker Steven Soderbergh threatens us with retirement, every film he directs will be cherished even more so with hopes that he’ll change his mind and continue with his filmmaker career. Magic Mike is supposedly based on Channing Tatum’s own early life story when he worked as a male stripper. The cast is great, and apart from Tatum it includes Matthew McConaughey, Joe Manganiello, Olivia Munn and Matt Bomer. Either Magic Mike will be a box office success or a box office bomb, but I’m betting on the former, not the latter result.

Synopsis: A dramatic comedy set in the world of male strippers, Magic Mike is directed by Academy Award(R)-winning director Steven Soderbergh (Traffic) and stars Channing Tatum in a story inspired by his real life. The film follows Mike (Tatum) as he takes a young dancer called The Kid (Alex Pettyfer) under his wing and schools him in the fine arts of partying, picking up women, and making easy money.