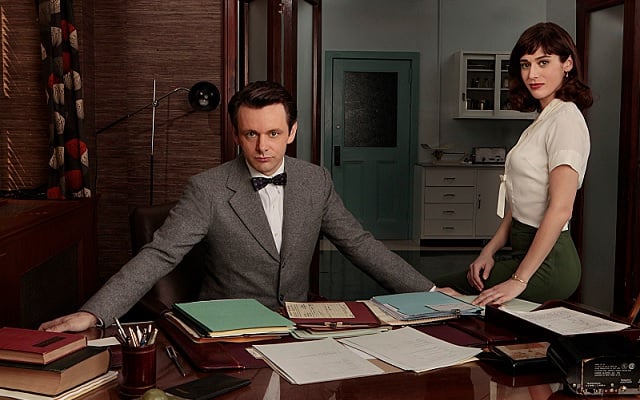 One of the more highly anticipated dramas of the fall season is Showtime’s Masters of Sex, particularly for its leading duo of Michael Sheen and Lizzy Caplan. British actor Michael Sheen, who has garnered critical and commercial acclaim in features such as Frost/Nixon, The Damned United, and Midnight in Paris, proved his ease in American television with a memorable guest turn as Wesley Snipes in 30 Rock, and transitions into his first leading role on a US show. Lizzy Caplan, on the other hand, is a well-known presence to American television fans, with roles in the critically acclaimed Party Down and The Class, as well as supporting turns in New Girl and True Blood. The first trailer for the series has now been released, and can be seen below.