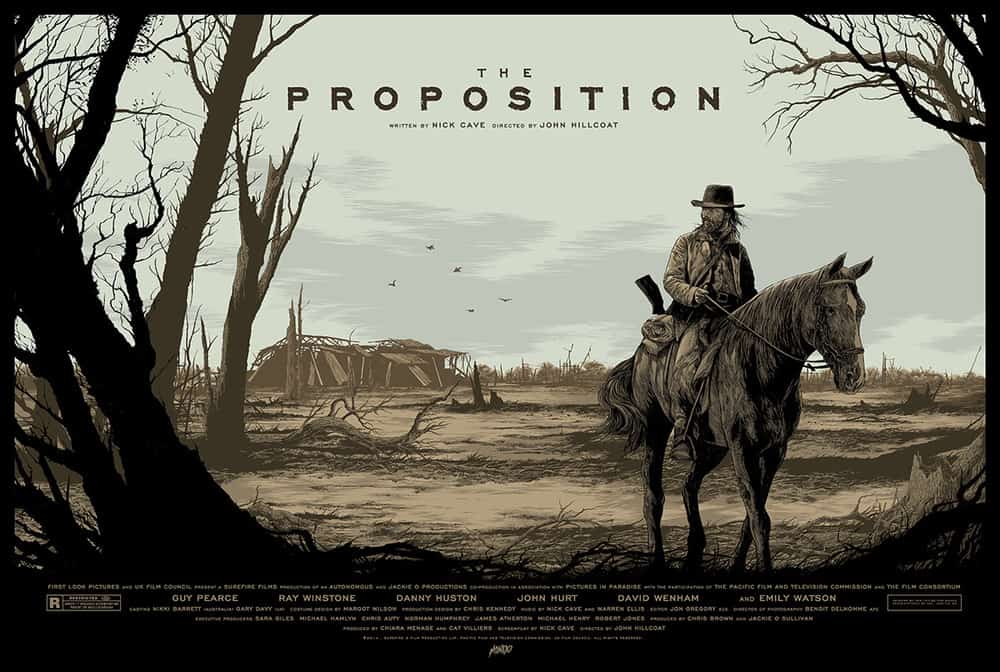 With John Hillcoat’s heist thriller Triple 9 currently hitting theaters, now is as good a time as any to look back at the Australian director’s body of work. Hillcoat first burst onto the scene with The Proposition, a dark and bloody Western penned by Nick Cave (yes, THAT Nick Cave). Quickly following up with The Road, a post-apocalypse drama based on a Cormack McCarthy novel, Hillcoat cemented his reputation for delivering haunting, violent, oppressive pieces of cinema that left viewers in dire need of a stiff drink and possibly a hug or two. Since then, Hillcoat has directed the bootlegging  crime drama Lawless, and he remains active in between films by directing shorts and music videos, including work with Nick Cave and a video for a Johnny Cash song. Apparently music videos for songs released thirty years ago is a thing now, who knew.

With the release of Triple 9, Mondo have taken this opportunity to honor the director’s work with a series of posters, mostly hand-drawn and bloody gorgeous. Of the four posters, the one for Triple 9 stands out for its use of color, but I think my favorite is the color variant for The Road, with its simple visuals and greenish hue.

The posters are a limited printing and run for 40-65 USD, so I’d order yours while you can by heading over to Mondo’s official site.

Which one is your favorite? Check out the gallery below and let us know in the comments.