With the Academy Awards taking place next weekend, the poster boutique of the Alamo Drafthouse has created posters for their favourite Oscar nominated films, in four different categories.The first two posters have been released. They are for Martin Scorsese‘s Hugo, representing the Best Picture category, designed by Kevin Tong and Gore Verbinski‘s Rango, representing the Best Animated Film category.

The posters will go on sale during the Oscars on February 26 and announced by following @MondoNews.The next two posters in the series will be announced next week. 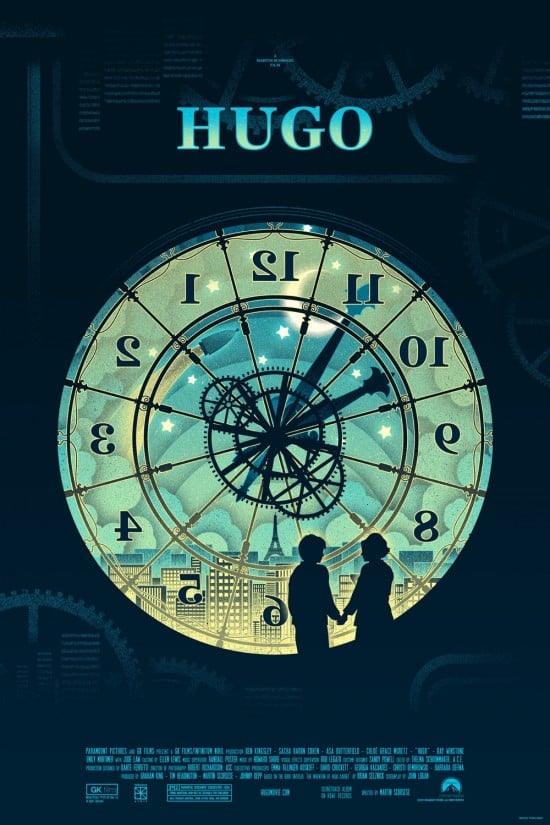