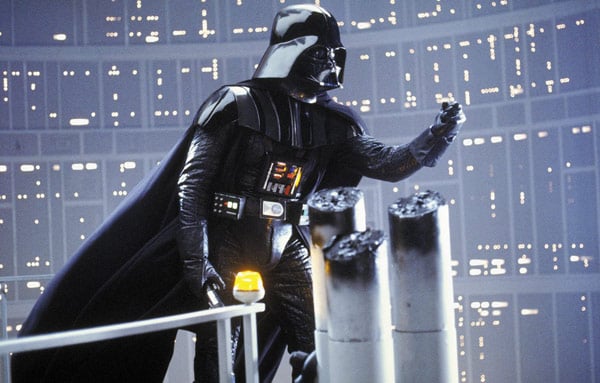 This week it was revealed that Star Wars Episode VII: The Force Awakens has already raked in over $50 million in advanced ticket sales, projecting it to be the largest opening weekend movie of all time. But If Avatar is any clue, bigness at the box office does not alone make a work of art that matters to people and that will endure over time. We discuss what makes something “culturally relevant” in an Internet age, looking at movies as far and wide as Frozen and The Tree of Life, as well as why TV has for some time been the more culturally relevant medium. Plus, we talk new trailers for Captain America: Civil War, The Nice Guys, and Superman v. Batman, and we have the inside scoop on Michael Moore’s thoughts on losing his MPAA ratings appeal.

Main Story: The Force Awakens is about to make an ungodly sum of money. What does that say about the movie? – By Kevin Lincoln

WTF of the Week: Adele’s “Hello” by the movies