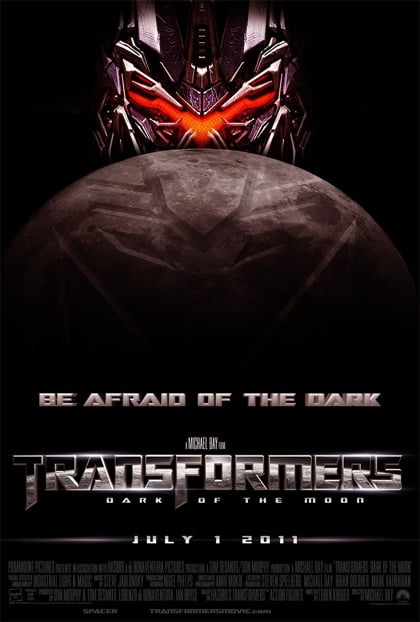 It’s here! The full trailer has arrived for the third entry to Michael Bay’s vision of  the Transformers films in Transformers: Dark of the Moon. Shia LaBoeuf is back to lead the battle with the Transformers alongside Transformers vets Josh Duhamel and Tyrese Gibson. Joining in on the fun this time around is Victoria Secret model Rosie Huntingdon-Whiteley stepping in for Megan Fox as the requisite love interest, Patrick Dempsey (TV’s Grey’s Anatomy), Frances McDormand (Burn After Reading) and John Malkovich (Red, Secretariat).

Synopsis: The Autobots Bumblebee, Ratchet, Ironhide and Sideswipe led by Optimus Prime, are back in action, taking on the evil Decepticons, who are determined to avenge their defeat in 2009’s “Transformers Revenge of the Fallen.” In this new movie, the Autobots and Decepticons become involved in a perilous space race between the US and Russia, and once again human Sam Witwicky (Shia LaBeouf) has to come to the aid of his robot friends. There’s new characters too, including a new villain in the form of Shockwave, a longtime “Transformers” character who rules Cybertron while the Autobots and Decepticons battle it out on Earth.
–