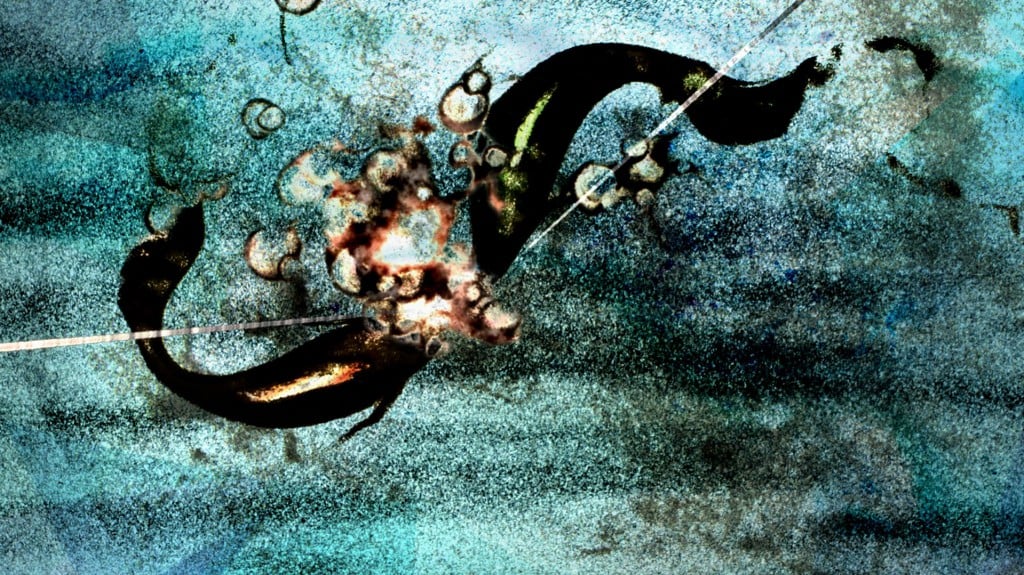 The OFF animation block was full of great contenders of various animation styles. Snowdysseus played like a stop-motion, nightmare-fueled version of Gravity featuring an astronaut trapped in a land plagued with skeletons; the crowd-pleasing, mannequin-starring Baby Chicken sported a short adventure of a deadly breakfast; the French animated short The Little Blond Boy with a White Sheep favored the use of imagination and frolicking with farm animals to standardized tests; and even a computer-rendered children’s film narrated by George Takei, The Missing Scarf. Yet, of all the shorts presented, the atmospheric A Tangled Tale has managed to make the most lasting impression, mixing mediums of what looks like chalk and watercolor and allowing the music and sound design to tell the story, any visuals being abstract, yet powerful. Rough outlines of color against a black background reveal hints of a body of water, fins and and string elicit the underwater world where two fish dance around their tangled mess. They budge closer and pull apart, a bright orange evoking the power of the knot which connects them, until the line is suddenly snapped. The fish remain apart from the fisherman, yet swim together, the orange line of power solidifying their connection as their painted lines become one with the sea. It’s vaguely romantic, utterly simple, yet a joy to behold as a quiet observation of nature. 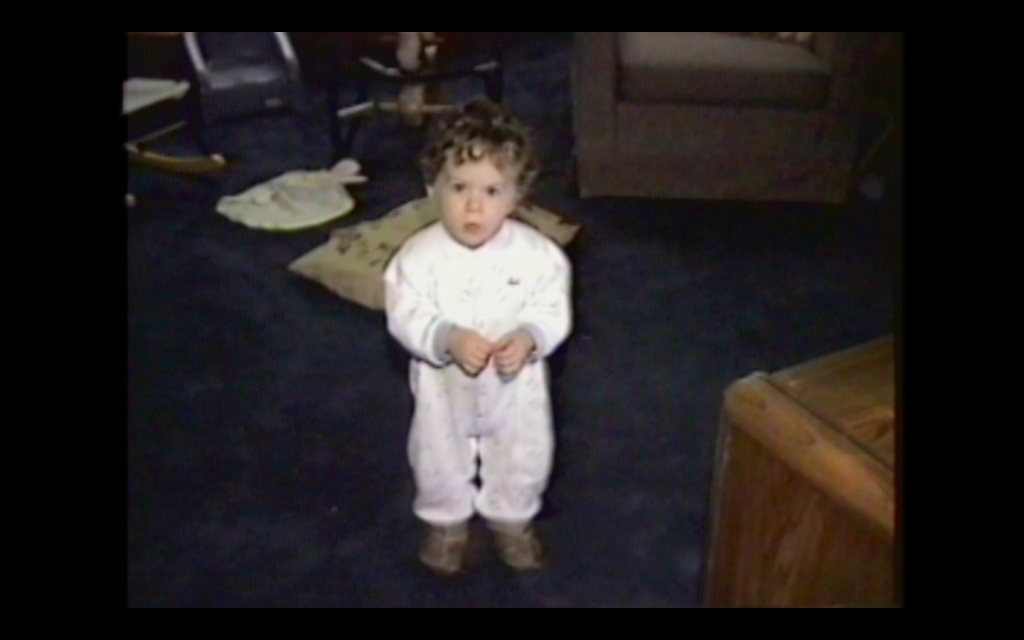 Mixing mediums of film and video, Chris Boniello explores his childhood through faint, dreamlike home recordings and his own reactions to them at the present by painted representations of his emotions. The result is an amalgam of static and a fleeting attempt at recovering memory. Often, one may have the feeling of disconnect at watching their own home videos, the figure on screen bearing no visual or cognitive resemblance to the identity you now hold; Boniello manages to take this feeling to yet another tier, placing universal scenes of childhood on display, often slowed and muted to the point that they appear more as dreams than actual events. Each scene is later accompanied by scratches and swirls of paint, dancing along with words salvaged from the recordings, a channeling of Stan Brakhage and Norman McLaren to help Boniello’s discussion of media and memory. Despite this, the film also doesn’t take itself too seriously, as images of Chris in jammies, learning how to count, and a hearty “buh-bye!” still seek our acceptance of a cute child on screen. There’s deep blue, deep red, near pitch-black, and a realm of near-fantasy movement: Boniello surely understands what engages us in a visual format. 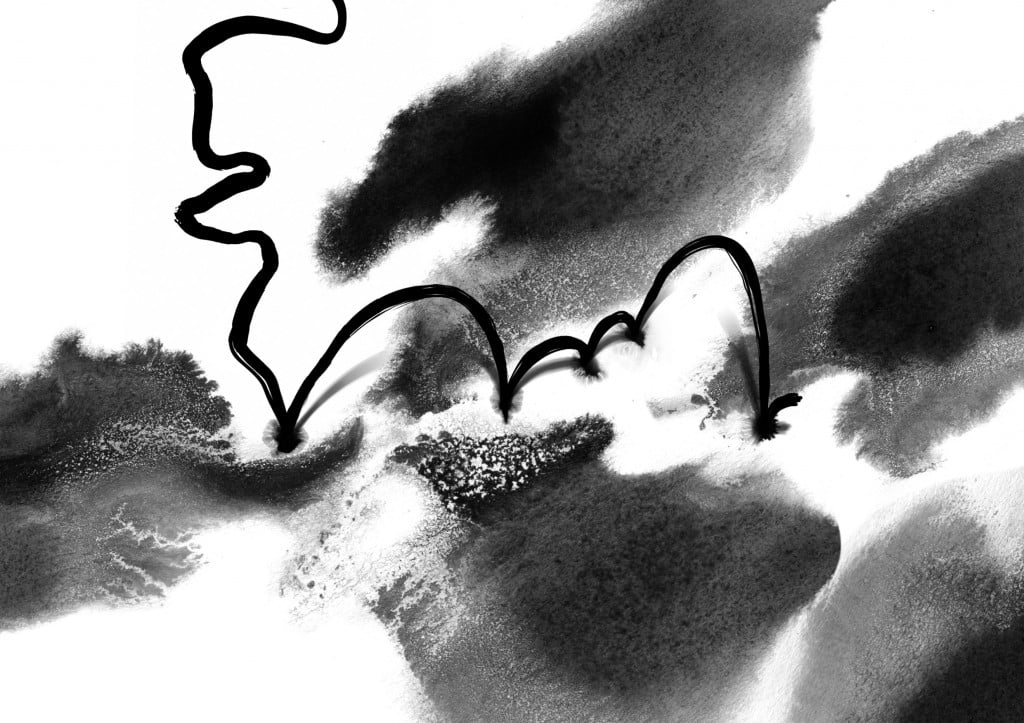 Closely related to A Tangled Tale, yet presented in a separate block, Virtuos Virtuell is an exploration of the rhythm and intensity of a piece of music told through the dancing (are you noticing a pattern?), separation, and reconnection of ink blots. There is a break, almost a clear separation of a “protagonist” blot seeking its way through the more atmospheric, water-soaked blots discouraging its movement. Its abstraction in this way is reminiscent of the “city as character” analyses present in films like Los Angeles Plays Itself and many depictions of New York in the 1970s, where what we’re studying need not be the typical lead, but the waters that lead might tread. The main blot dissipates into separate figures, each floating in their own path, eventually meeting one another, forming a bigger pattern, and finally dipping into a large sea of its own kind, only white bubbles present in its depths. It can be labeled experimental, but one could easily form a narrative from the blot’s travels, challenges, and eventual demise into something bigger than itself. 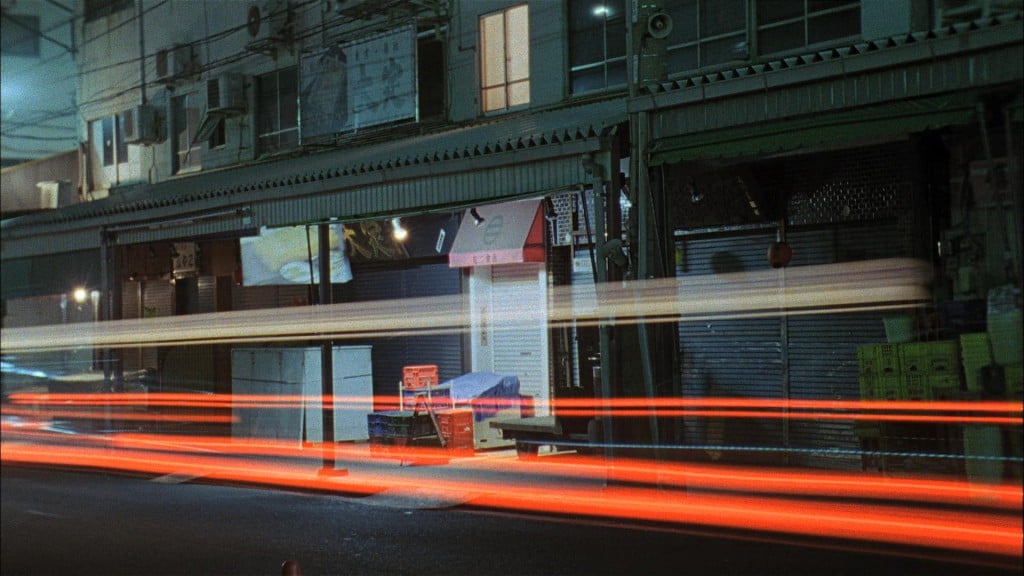 Time-lapse as an aesthetic may produce an image out of time, painting with a temporal brush in the opposite format of Béla Tarr and the other acolytes listed in “slow cinema.” It’s an idea that even those in other media were immediately keen for observing, especially in the works of Giocoma Balla and Georges Braques. Tokyo = Fukushima plays with this idea, placing its camera in the streets of the world’s busiest city to observe the pattern of lights making their portrait of the nightlife, their patterns and inconsistencies working as its palette. Yet there are also shots distant from the action: white and red lights twinkle in the distance as the focus remains on an empty street, a piece of graffiti, a lonely bike, an old sign, or crumbling architecture. Tokyo is more than business on speed, it’s also home to millions of people and events like those in Tokyo Story still occur. Tokyo = Fukushima asks us to concentrate on the nuclear-fueled electricity and its connection to the recent disaster in Fukushima, but its stillness inspires thoughts about its people, both those who suffered at Fukushima as well as the graffiti artists of Tokyo. These are pictures of lights and trash at their most strangely humanizing. 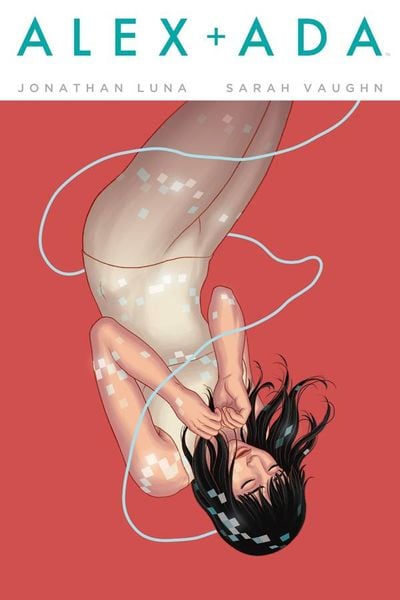 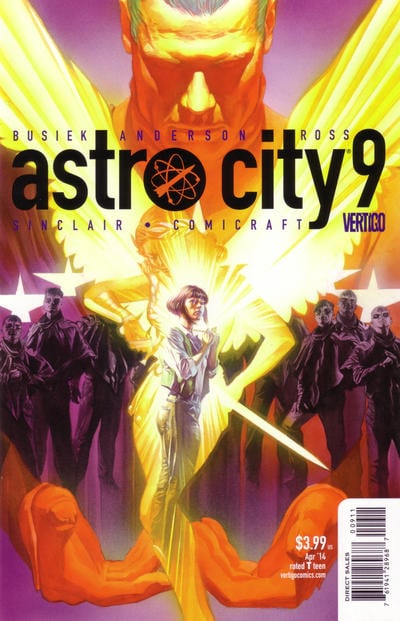