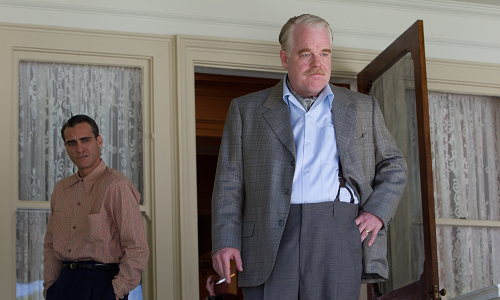 Paul Thomas Anderson is generally recognised as one of the top auteurs currently working, despite his relatively small filmography. His sixth film, titled The Master, thus already came with a lot of excitement attached to it, which has only been heightened by the teasers and trailers released thus far, as well as the buzz the movie has generated in its screenings at various film festivals. Now Anderson, ahead of the movie’s North American wide theatrical release on September 21, seems poised to run a few select non-festival screenings, with the proceeds from ticket sales going to charitable organisations. Two screenings have been announced so far; one in Austin, Texas, on September 10th, and one in New York City, New York, on September 11th. Both announcements have come coupled with new clips from the movie, which can be seen below, and provide additional details on both screenings.

Warning; the first clip is NSFW for language.