Home
Entertainment
Peter Jackson’s ‘The Hobbit: An Unexpected Journey’, the first of a new trilogy, gets another trailer
Prev Article Next Article 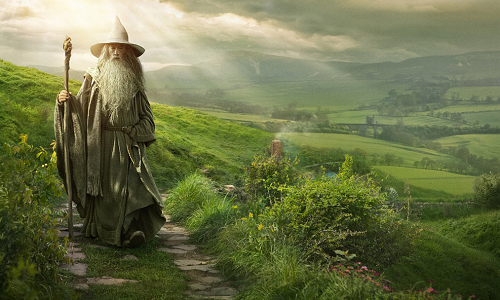 The Lord of the Rings trilogy helped usher in a new age of fantasy epics, as well as pushing Peter Jackson from cult filmmaker to A-list director, and bringing actors Viggo Mortensen and Andy Serkis into the limelight. Since the 2003 release of the final film, plans have been underway to bring The Hobbit, J.R.R. Tolkien’s classic novel that serves as a precursor, to the big screen once again. After running into pre-production problems, Jackson himself once again stepped in to helm the project, eventually deciding on three films to tell the complete story once again. A second trailer for the movie, starring Martin Freeman and Sir Ian McKellan,  has now been released, and can be seen below. [vsw id=”7fNZRlbkLO8″ source=”youtube” width=”500″ height=”425″ autoplay=”no”]

In addition, here are all five alternate endings to the above trailer that were released simultaneously today.