Regardless if you loved or hated J.J. Abrams Super 8, I think we can all agree that the additional ending, which featured The Case, the no-budget zombie film within the film (that plays out in its entirety over the closing credits) was the highlight of the feature. Well if you loved that short you should also appreciate this poster created by Yehudi Mercado.

Did you know that the movie-inside-the-movie was actually written and directed by the six kids. In an interview with MTV Elle Fanning has this to say:

“You have to stay [through the credits]! We actually wrote The Case. J.J. [Abrams told us] it had to be a zombie movie and that was the only thing we had, so during breaks, we would sit down and collaborate and make up the lines and everything,” she explained. “And then we actually shot it with a Super 8 camera.” 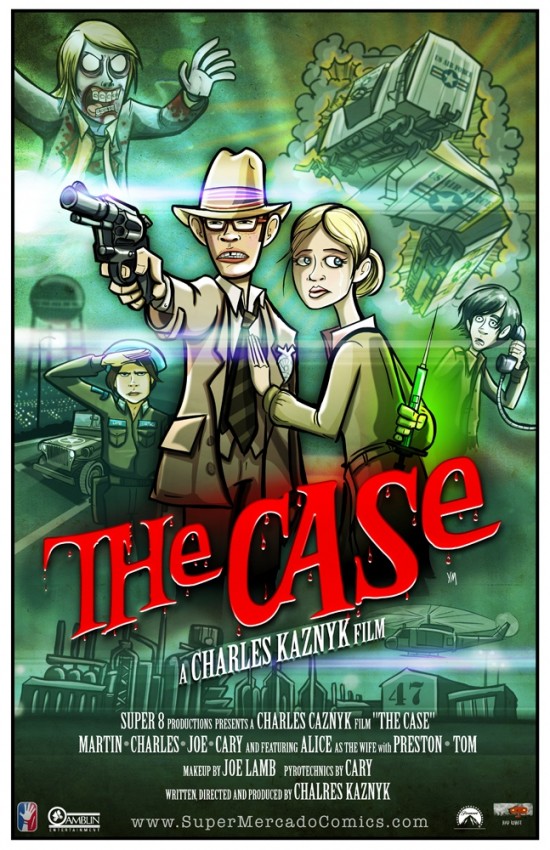