Cronenberg adapts a critically revered and best-selling novel and places teen heartthrob Robert Pattinson at the centre, as a newlywed billionaire who ends up losing his bride and his billions in a single day. Apart from Pattinson, the impressive cast includes Sarah Gadon, Kevin Durand, Jay Baruchel, Samantha Morton, Juliette Binoche, Paul Giamatti, and Mathieu Amalric.

Here is the plot summary of the novel as according to Wikipedia:

Cosmopolis is the story of Eric Packer, a 28 year old multi-billionaire asset manager who makes an odyssey across midtown Manhattan in order to get a haircut. The stretch limo which adorns the cover of the book is richly described as highly technical and very luxurious, filled with television screens and computer monitors, bulletproofed and floored with Carrara marble. It is also cork lined to eliminate (though unsuccessfully, as Packer notes) the intrusion of street noise.

Like James Joyce’s Ulysses, Cosmopolis covers roughly one day of time and includes highly sexed women and the theme of father-son separation. Packer’s voyage is obstructed by various traffic jams caused by a presidential visit to the city, a funeral procession for a Sufi rap star and a full-fledged riot. Along the way, the hero has several chance meetings with his wife, seeing her in a taxi, a bookstore, and lying naked in the street, taking part in a movie as an extra. Meanwhile, Packer is stalked by two men, a comical “pastry assassin” and an unstable “credible threat”. Through the course of the day, the protagonist loses incredible amounts of money for his clients by betting against the rise of the yen, a loss that parallels his own fall. Packer seems to relish being unburdened by the loss of so much money, even stopping to make sure he loses his wife’s fortune as well, to ensure his ruin is inevitable. 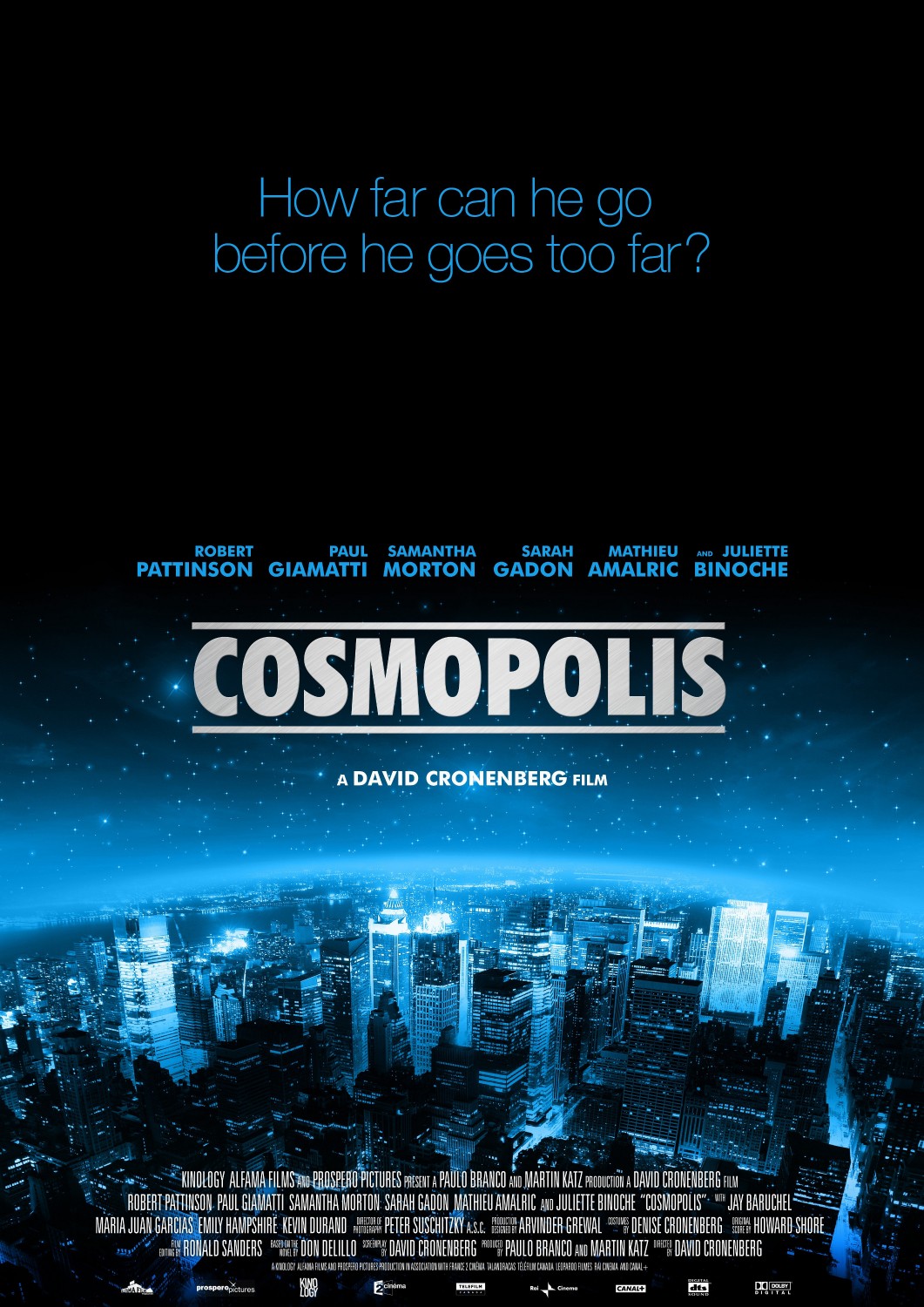