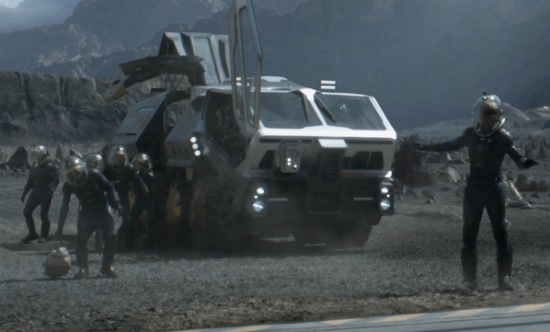 Here’s a bit of interesting promotional material for Ridley Scott’s Prometheus that ties into the character played by actor Guy Pearce. The following promo video for TED Talk wasn’t directed by Ridley Scott, nor does it appear in the actual film, but it does shine a certain light on Peter Weyland and how Weyland Corp. ties into the story. For the unfamiliar, Weyland Corp is one of the two companies that joined together to eventually become Weyland-Yutani, the corporate entity that plays a big role in the Alien series.

To learn more, check out the TED page.