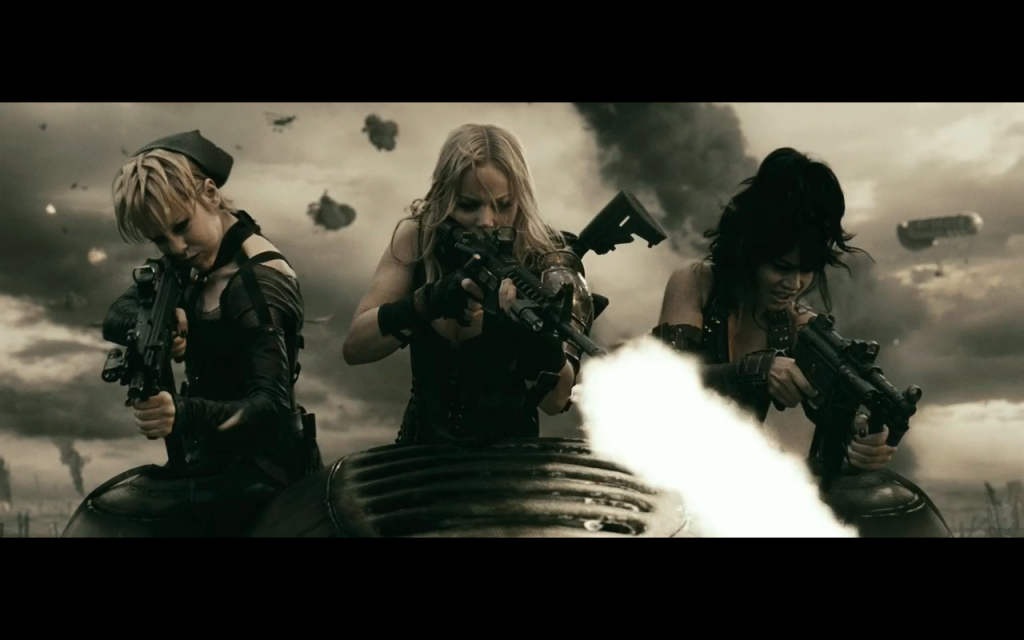 The first official look at Zack Snyder’s Sucker Punch was released last night in the form of a teaser trailer. Snyder, the creative mind behind the adaptations of Watchmen and 300, has set his sights on his own original work of cinema for once and brings us this fantastical tale. The spice girls have nothing on these women who fight their way past anything that tries stopping them. Snyder does not hold back on the slow motion action in this movie, much like his previous works. This movie is really far out there and I hope this works for him. The trailer is really chaotic and there isn’t much said about the plot other than that these girls want to escape from the institute. From mecha robots to dragons, Sucker Punch delivers every fan boy/girls dreams wrapped up into one. I am really anticipating this movie to be nothing short of spectacular, I just hope I’m not over hyping myself. Check out the teaser trailer for Sucker Punch along with 130 high-res stills!

Sucker Punch is set in the 1950′s following our heroine, Baby Doll (Emily Browning). She is confined to a mental hospital by her abusive father where she is to be lobotomized in five days. Within this time she plots an escape, but where we escape to is within the depths of her mind where she believes she is a virgin and a man is coming to deflower her. She meets five fellow inmates (Vanessa Hudgens, Abbie Cornish, Jamie Chung and Jena Malone) that help each other escape going in and out of fantasy with dragons, German soldier zombies, mecha robots, and much more!  The picture also stars Carla Gugino, Jon Hamm, Oscar Isaac and Scott Glenn.