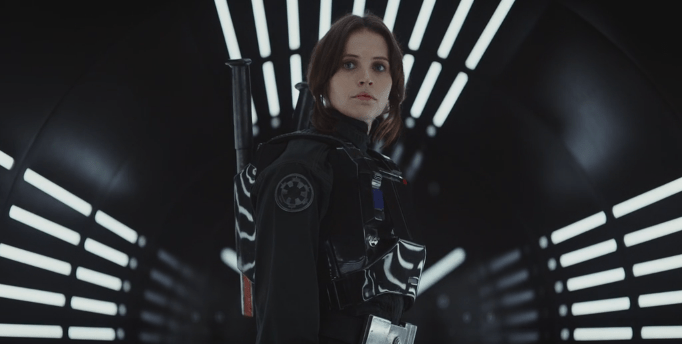 The prospect of a Star Wars movie every year is an enticing one and a scary one. On the one hand, just ask any gamer what happened to the Assassin’s Creed franchise when Ubisoft tried a similar release schedule. Keeping up a production schedule like that is the kind of thing that can lead to….well, this. Plus, is Star Wars something we ever want to get sick of? I mean, think about it, do you want to live in a world where people can go “Oh ugh, ANOTHER Star Wars movie”? The prospect of market saturation is a real one, and the idea that Star Wars could become hum-drum or old hat isn’t one to be taken lightly. Remember that anticipation, that electricity that was in the air the week before Force Awakens? That childlike giddiness that “oh my God guys, there’s a new Star Wars movie coming out!!”? Call me crazy, but that’s something I don’t want to lose.

All that being said, I’m still plenty excited for the first of the stand-alone Star Wars movies, currently titled Rogue One: A Star Wars Story. For one thing, the prospect of an an entirely stand-alone Star Wars flick, with a fairly concrete ending for the main cast, is an interesting one since that’s something we’ve never really seen before in the franchise. Sure, the events of Rogue One will lead into the events of New Hope, but if this thing ends the way I think it’s gonna end, most of the cast will need to have a complete character arc contained to just one film. That’s something Star Wars hasn’t really done before, unless you want to sell me on the epic character arc of that guy from the first one with a butt for a lower face. Plus, and perhaps more importantly, the cast boasts Donnie Yen and Mads Mikkelsen, two very good reasons to get excited about any movie. Unless it’s Highlander: Endgame, I suppose. And oh yeah, Mads was in The Three Musketeers wasn’t he? Look, regardless, Rogue One looks to have a lot of things going for it, and this morning fans got a first taste of what’s to come when the trailer premiered on Good Morning America.

And what a trailer it is. I was prepping myself for this thing to be little more than a teaser, but what we’ve got is two solid minutes of awesome. We’ve got Donnie Yen smacking a Stormtrooper in the face, this really nice bit where you think you’re seeing a wipe but it’s actually the shadow of the Death Star’s super-laser being assembled, and Forrest Whitaker doing I don’t even know what but his costume looks cool. Rogue One definitely looks like it has its own “feel” as well, eschewing the normally bright color palette you see in Star Wars for something a bit more sedate. Not overbearingly so, mind. But just from the trailer the aesthetics of Rogue One feel like something we haven’t quite seen in a Star Wars movie before. Gotta say though, the Klaxon is annoying.

Check out the first trailer for Rogue One: A Star Wars Story below