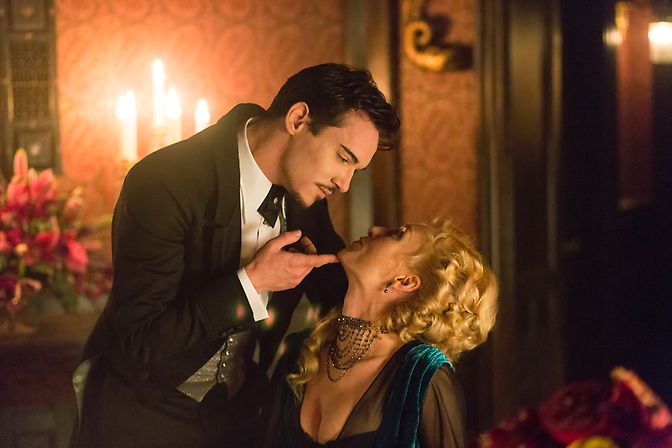 We’re now at the end of this year’s Upfronts week, which means the major broadcast networks have announced their new shows and schedules for the 2013-2014 season. I’m here to run you through some of the shows that will be coming to NBC later this year.

Beginning with the sitcoms, Thursday night will introduce viewers to Welcome to the Family, Sean Saves the World (fortunately, this isn’t a show about me as a superhero) and The Michael J. Fox Show, all of which will follow the returning Parks and Recreation in that order starting with Welcome to the Family at 8:30.

Welcome to the Family follows two different families who are forced into each other’s lives after one’s college-age daughter (played by Ella Rae Peck from the now-cancelled NBC drama Deception) becomes pregnant with the other’s college-age son. Presumably, the two get married and more family hijinks ensue.

Sean Hayes stars in Sean Saves the World as a divorced dad trying to successfully raise his daughter and survive the pressure of his boss (Thomas Lennon).

And Michael J. Fox returns to NBC as a former news anchor looking to make a comeback. His character Mike, like the actual actor, also has Parkinson’s.

It’s especially difficult to judge an upcoming TV series based on a trailer, but one thing is for sure: Michael J. Fox will bring in the ratings. The Michael J. Fox show gives the best impression out of these three, with the other two seeming competent if ultimately familiar. It’s interesting, then, that Sean Saves the World opens the 9:00 hour, a good explanation maybe being the potential boost Parenthood could receive from The Michael J. Fox Show. What’s most interesting about the scheduling of NBC’s new sitcoms, though, is the move CBS made to also run four sitcoms between 8:00 and 10:00, an attempt to monopolize yet another night of the week. The cancellations of NBC’s Go On and The New Normal in combination with the renewals of Parks and Recreation and Community pose some questions about where NBC wants to go with their sitcom brand, but if The Michael J. Fox Show is as successful as it should be, then NBC might be able to retain some of its control over Thursday nights with just some changes in the identity of its comedy block.

The Blacklist stars James Spader in a Hannibal Lecter-type role as he turns himself over to the authorities and helps a specific criminal profiling newbie catch other, possibly more dangerous bad guys (those names comprise the eponymous blacklist).

In a remake of an old NBC show, Blair Underwood stars in Ironside as a cop in a wheelchair (the trailer shows a flashback of the event that partially paralyzed him) who is trying to keep bringing justice to his city with a hand-picked group of officers.

Finally, Jonathan Rhys Meyers stars in the title role of Dracula, which is pretty self-explanatory.

Fans of NBC’s Hannibal (whose fate is still undecided at the time of writing this) could find some solace in the event of that show getting cancelled. Rather than The Blacklist filling that potential void, though, Dracula is the show that looks and feels closest to Hannibal‘s aesthetic. The fact that both The Blacklist and Dracula have been picked up doesn’t make things look optimistic for Bryan Fuller’s spectacular show, which is easily one of the best network dramas in recent memory. But Dracula is entering TV at a time when True Blood, The Vampire Diaries and Being Human are all still running, so maybe NBC isn’t worried about the overexposure of vampires. Regardless, Dracula is the high point of these teasers and is in an appropriate time-slot where it won’t have to compete with anything (Ironside will be up against CSI and Nashville, while The Blacklist has slightly lesser competition against Castle and some new CBS dramas). Keep an eye out for this one and check back in later in the year when yours truly will be reviewing Dracula to see if it stacks up or is all bark and no bite (sorry, but it’s illegal to not make a pun when writing about vampires).