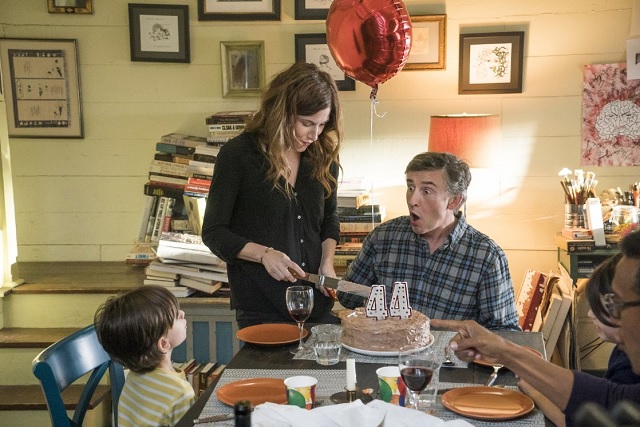 The untimely death of Philip Seymour Hoffman last year left many projects in limbo, most notably the Hunger Games movie franchise, where he was in the midst of shooting for a pivotal role in the series. However, Hoffman’s demise also put to an end the actor’s transition to television, as he was set to take on the lead role in the Showtime series Happyish, following in the footsteps of numerous performers who had made the transition to the small screen. While Hoffman’s demise put the show in jeopardy, it soon righted itself, going in a different direction by having Steve Coogan step into the lead. Coogan, who has previously found success in television with the Alan Partridge character across numerous shows, as well as movies such as Hamlet 2 and The Other Guys, plays the role of Thom Payne. The show’s synopsis is as follows:

On his birthday, Thom Payne gets the gift of insignificance and also a new boss. He suspects his ED pills are interfering with his anti-depressants, leaving him with neither happiness nor… happiness. In a culture that reveres youth – a culture he helped create – Thom needs to figure out what his purpose is now that he’s halfway to death and nobody cares what he thinks. Because in a world where any Kardashian is trending up, perhaps the wise among us would heartily embrace trending down.

The show is created by Shalom Auslander, and Coogan stars alongside Kathryn Hahn, Bradley Whitford, Ellen Barkin, Carrie Preston, and Andre Royo. The new trailer, which follows the release of the first teaser, can be seen below. The show will make its debut on April 26 at 9:30 pm EST.