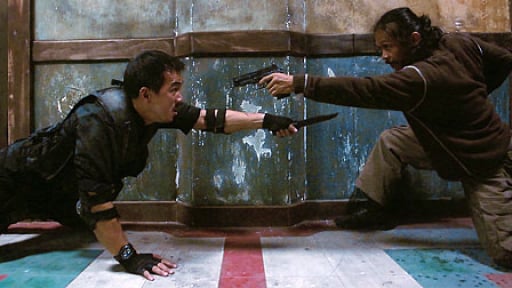 If you haven’t heard of The Raid, than listen up! Now is the time to get familiar with the film. The movie walked away with the Midnight Madness prize at last year’s Toronto International Film Festival and with good reason. Ever since, Sony Pictures Classics has done a fantastic job in promoting the pic and keeping the buzz alive and steady. Set for release in the US on March 23, the studio has now released a new trailer showcasing some of the best martial arts ass-kicking highlights from the flick. Check out the trailer and be sure to watch the movie when it comes out. You wont be disappointed.

Synopsis: Rama, a member of a special forces team, arrives at a rundown apartment block with a mission to remove its owner, a notorious drug lord. The building has become a sanctuary to killers, gangs, rapists and thieves seeking accommodation in the one place they know they cannot be touched by the police. When a spotter blows their cover, Rama and his team must fight their way through every floor and every room not just to complete their mission but to survive their bloody ordeal.