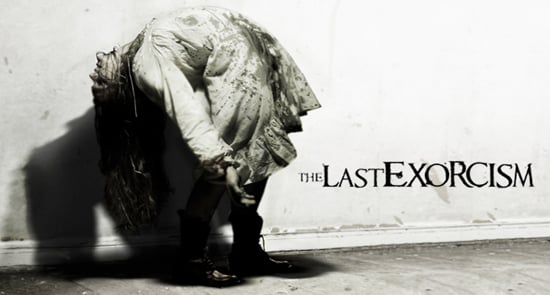 With the DVD/Blu-ray release of The Last Exorcism this week, I felt it would be a good idea to publish this SOS podcast once again:

Though the subgenre has its roots in decades-old cult cinema (or, if you;d like, all the way back to Orson Welles’ War of the Worlds in 1938), “found footage” horror is most probably still most strongly associated with a breakout 1999 flick called The Blair Witch Project, a microbudget thriller that wound up inspiring equal amounts of derision and praise – and a whole lot of motion sickness. While it wasn’t the first horror flick to masquerade as real-life terror, its success did bring about a new wave of movies attempting similar feats. This week sees the release of Daniel Stamm’s The Last Exorcism, a horror mock-doc in which a disillusioned preacher may or may not face down an ancient terror; you’ll probably also recall director Matt Reeves’ fusion of the found-footage approach with Godzilla-style mayhem in 2008’s ambitious Cloverfield. All three get a once-over. Remember, it’s just radio..