With Halloween looming, Ricky, Al and Simon take the opportunity to catch up on two recent supernaturally-inclined movies, as well as one ’80s chestnut that recently got the neutered, PG-13 remake treatment. New in theaters: the word-of-mouth phenom Paranormal Activity, made on eleven grand and beating out Saw VI at the box office, and book series adaptation Cirque du Freak: The Vampire’s Assistant, the latest attempt to get younger audiences in seats through bloodsucking. Finally, long before Lost, Terry O’Quinn starred as family-values serial killer Jerry Blake in ’80s horror flick The Stepfather, and we’ve decided to bypass the dismally received remake, and instead talk about the 1987 version. 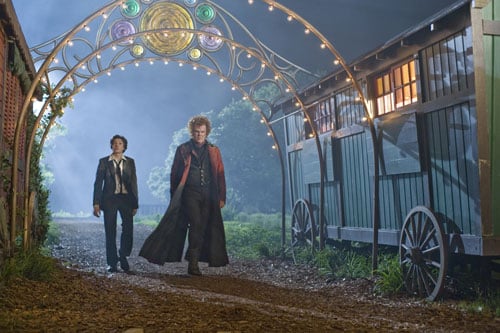