Jim Sheridan has made a career out of making the sweeping seem intimate. His trilogy of films starring Daniel Day-Lewis – My Left Foot, In the Name of the Father and The Boxer, helped to sculpt the actor into the award machine he is today. The latter two of that bunch of them took on the Troubles of Northern Ireland through the prism of fraught family dramas – Al, Simon and returning guest Derek Gladu will take a look at those movies in conjunction with Sheridan’s latest, the Jake Gyllenhaal and Tobey Maguire-starring Brothers. 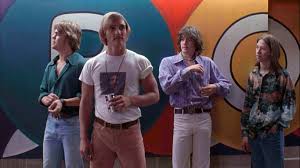