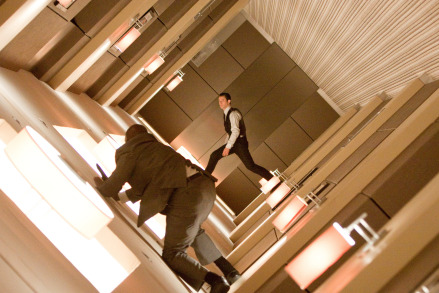 It’s been roughly a year since we saw the first teaser trailers for UK director Christopher Nolan’s followup to The Dark Knight, the sci-fi/heist thriller that made its debut this past weekend. Now that it’s finally here, it’s been the source of some very hyperbolic debate: is it an elaborate con job or a Kubrickian masterpiece? We’ll let you know if the truth might just lie somewhere in between. We’ll also be talking about two British flicks currently screening at the Fantasia film festival: the (very) darkly comic indie Down Terrace and the symbolically loaded modern-day fairy tale Heartless.