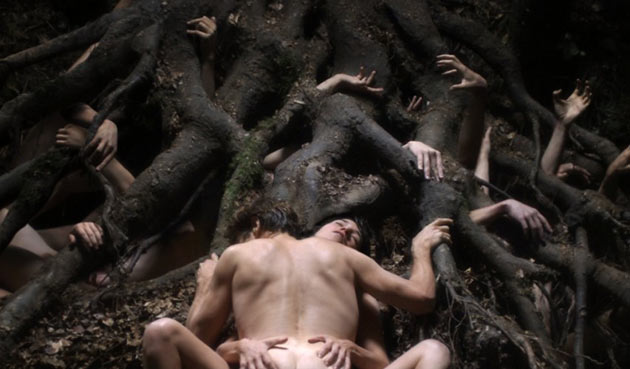 Perhaps, in the early 1980s, while still in film school, Danish director Lars von Trier saw one of the US’ highest grossing feel-good comedies, like Risky Business or Mr. Mom. And then decided to make exact opposite of that film for the rest of his life. If such a thing did happen, he’s kept his promise, churning out movies that are best accompanied by a barbiturate overdose while Gloomy Sunday plays on a phonograph. His latest project, Antichrist, is no exception. It tells the story of a couple who, after losing their son, travel to a secluded cabin, where the wife deals with her grief and guilt by masturbating in front of Satanic Bambi extras and mutilating her husband’s crotch. Tonight, Sound and Sight takes a look at von Trier’s controversial new film, as well as 1984’s The Element of Crime, the director’s debut feature.