Scott, Emmet and I decided to put together a list of our favorite films that screened at this year’s Fantastic Fest. We should be posting some more reviews this weekend so do check back for more coverage. In the meantime, here are our lists. Enjoy. 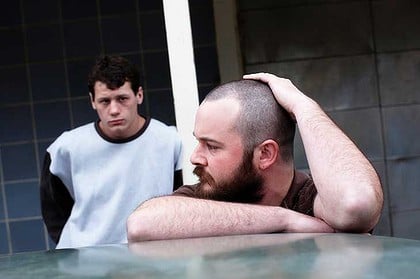 Note: I don’t want to include Take Shelter nor Malancholia on this list, since I’ve aleady given them too much love and attention from screenings at previous film festivals.

Snowtown is unrelentingly grim and terrifying. Director Justin Kurzel delivers a slow effective burn, examining how one man’s harmful beliefs spread through a community in the most horrific way possible. Snowtown is an instant classic, showing great promise for an first time filmmaker. Kurzel, for the most part avoids sensationalistic, gruesome or exploitative techniques, and very little actual onscreen violence, yet Snowtown may just be one of the most unsettling films I have ever seen.

Writer/director Michaël Roskam delivers an assured directorial debut in Bulhead, a disturbingly visceral art-house drama that ably blends elements from other genres. While punctuated with moments of austere dark humour, Bullhead ranks as one of the most original crime pics in recent memory – one which is light on crime but heavy on drama, blending thriller elements into what amounts to a character study. This emotionally driven tale of revenge, redemption and fate is morally complex and constantly surprising, shattering the myths of brute machismo by way of its central standout performance in actor Matthias Schoenaerts.

Milocrorze is at times obscene and outrageous but also sincerely romantic. Director Yoshimasa Ishibashi streamlines three distinct stories: a peaches-and-cream fairytale, a look into the crazy world of the Japanese idiot box and an epic quest for vengeance in a timeless Japan – all of which have nothing to do with one another, at least on the surface. 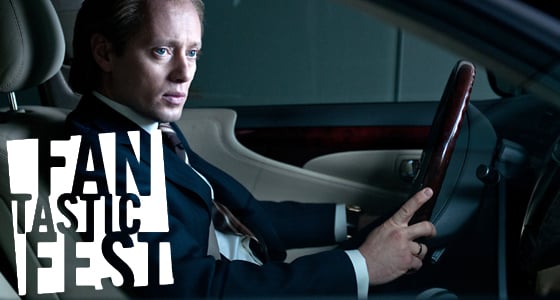 Headhunters begins as a stylishly swarmy heist film, but quickly reveals itself to be one of the most clever, skilfully constructed, and funny Cat and Mouse films to come out in years. Film also boasts a shocking amount of heart and at least three outstanding performances.

Carré Blanc displays an incredibly original and skillfully realized voice in genre filmmaking. The film perfectly depicts a faltering relationship in a brutal yet absurd police state. Finding films this bizarrely constructed and insightful is why I love Fantastic Fest.

A fetishistic pastiche of 80’s new-age symbolism, Beyond the Black Rainbow transcends all of its nostalgic inclinations. It’s an original, immersive audio/video journey that will not be for anybody. But if you immediately take to the throbbing analog synth score and the film’s obsession with questions of power and humanity, you may dig it. Won the Special Jury award for Boldness of Vision. Indubitably. 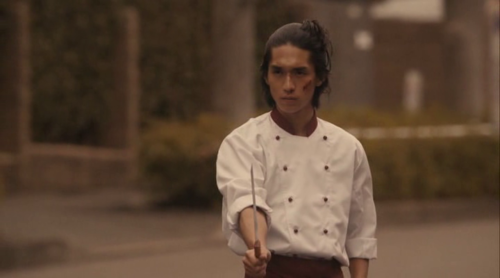 A Boy and His Samurai

A story about a samurai who is “spirited away” to modern day Tokyo, A Boy and His Samurai leads the pack as one of the best films of Fantastic Fest and one of the most enjoyable movies I’ve seen all year. Like the description suggests director Yoshihiro Nakamura’s (Fish Story, Golden Slumber) new feature shares the same brand of charm that characterizes many of Hayao Miyazaki and Studio Ghibli’s best films. Forgoing the usual gags that are the hallmark of fish out of water/time comedies (think Black Knight, or any movie with Paulie Shore) in favor of plot, the story is left to focus on the relationship between the two titular character and Rie Tomosaka, who plays the boy’s mother. Managing to endear itself without ever becoming overly sentimental or schmaltzy, A Boy and His Samurai is the perfect alternative to any big studio animation for parents, children and anyone else for that matter.

Boys on the Run

First time feature from director and playwright Daisuke Miura, Boys on the Run (based on the manga of the same name) is an awkwardly funny and painfully astute comedy about Tanishi, 29-year-old virgin and flunky. Like Judd Apatow’s 40-Year-Old-Virgin, the movie relies heavily on real representations of relationships and desires to elicit laughs, however uncomfortable. Muira, who rose to acclaim in the Japanese theater world due to his depictions of Japanese society and sexuality, proves to have translated that earnestness and skill to the screen as well. Based on the strength of Boys I can’t wait to what he comes up with next.

Frank and Caspar have a plan for the ultimate boys only weekend getaway. A plan that involves two days of relaxation, camping, canoeing and copious amounts of anonymous sex at a posh Eye’s Wide Shut style brothel. The only problem is that Frank, in an attempt to impress his girlfriend with his fatherly instincts, kidnaps his 11-year-old nephew and forces Caspar to take the boy along. Clown is a comedy that celebrates the depravity of men. The film plumbs the depths and comes up with 90 minutes of debased and and utterly side-splitting travesty, one of the raunchiest movies of the year!