Home
Entertainment
‘Star Trek Into Darkness’, the newest entry into the long-running science fiction franchise, gets a new trailer
Prev Article Next Article 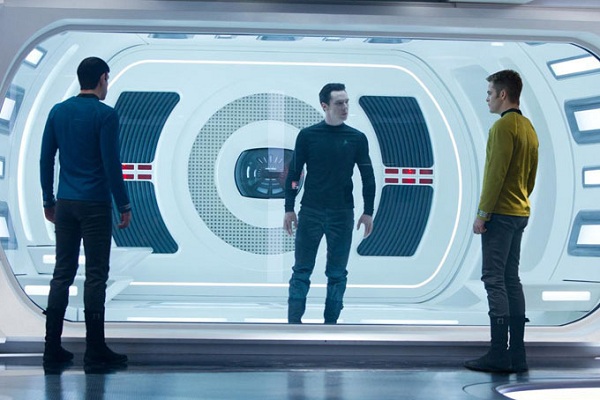 The Star Trek franchise has been one of the longest running science fiction series, providing iconic roles for everyone from William Shatner to Sir Patrick Stewart. However, following a lacklustre reception, both critically and commercially, for 2002’s Star Trek: Nemesis, the series seemed to be on its last legs, until director JJ Abrams breathed new life into the franchise with the 2009 reboot Star Trek. Many people, both old and new fans of the series, thus cheered when Abrams was confirmed to be returning for the follow-up as well. The sequel, titled Star Trek Into Darkness, sees Chris Pine, Zachary Quinto, Anton Yelchin, John Cho, Karl Urban, Zoe Saldana, Simon Pegg, and Bruce Greenwood reprise their roles from the first feature, joined this time by Peter Weller, Alice Eve, and Benedict Cumberbatch. A new trailer has now been released, and can be seen below.