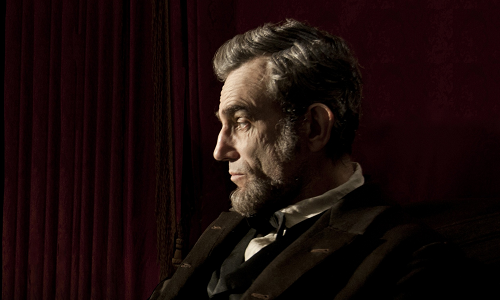 Abraham Lincoln is one of the more famous Presidents in the history of the United States, one whose name is familiar even to those who have never set foot in the country. The tumultuous change that he oversaw as leader has left an indelible mark, so when it was announced earlier that legendary director Steven Spielberg would be tackling a biopic of the man, appropriately titled Lincoln, it was met with much excitement. Despite Spielberg’s original casting of his Schindler’s List lead Liam Neeson as Lincoln falling prey to scheduling difficulties, an admirable replacement was quickly found in the form of Daniel Day-Lewis. Tommy Lee Jones, Joseph Gordon-Levitt, Michael Stuhlbarg, Jared Harris, David Strathairn, Jackie Earle Haley, Sally Field, John Hawkes, and Lee Pace round out the supporting cast, and a teaser has now been released for the film, which can be seen below.