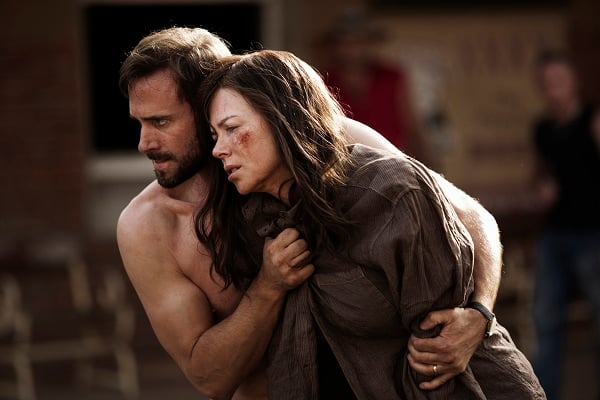 It seems unimaginable that a film centered around the desperate search for missing children could be so mind-numbingly boring, but Strangerland makes it look easy. A splendid cast, led by Nicole Kidman, is wasted on movie-of-the-week melodrama with so little forward momentum that it challenges the principles of Newton’s Second Law. Director Kim Farrant gives us a film that looks and sounds terrific, but none of her skill can hide what a complete mess it is.

Strangerland is a movie about secrets. We know that Catherine (Kidman) and Matthew (Joseph Fiennes) have relocated to a Podunk outback town to avoid a scandal in the city.  We know their daughter, Lily (Maddison Brown), has a secret diary and loves showing her naughty bits to strange men.  Their son, Tommy (Nicholas Hamilton), sneaks out at night to wander the streets… for some unfathomable reason.  The town lawman, Rae (Hugo Weaving), is a good guy with a serious aversion to talking about his personal life… for some reason.  Finally, when Lily and Tommy disappear, it’s a mystery why the film continues to linger on all of these uninteresting mysteries.  Oh, and when we finally get some closure to these mysteries, they come straight from the Screenwriting 101 handbook.

The most interesting things about Strangerland are Hugo Weaving’s eyebrows.  Truly, he’s fascinating to watch as he struggles to make sense of these troubled out-of-towners. His police work is suspect, however, as he never figures out just how boring they are. Otherwise, these characters are lighter than tumbleweeds. Matthew is the unfeeling, alcoholic dad. Catherine is the nymphomaniac, borderline-hysterical wife. There’s a boatload of angst, all of which pre-dates this movie and none of which feels original or compelling.

Once the kids wander off (as Matthew watches, incidentally), the story quickly descends into melodrama. Catherine flirts with Rae, while Matthew drinks and beats people up. Search parties stumble around the desert (in the wrong direction, as it turns out), and occasionally someone mentions how little time they have to find the children. Luckily, we get plenty of helicopter shots to remind us that most of Australia is incompatible with life. Story beats are repeated so often that you almost welcome the dreamy voiceovers that are jarringly incongruous with the film’s ultra-realistic tone.

Aesthetically, director Farrant gets everything right. The air is practically dripping with humidity, and she makes sure that we appreciate all the space between the spaces. The sound design, in particular, is exquisite, with the constant white noise of cicada composing a soundtrack of desolation.

Sadly, the script by Michael Kinirons and Fiona Seres squanders the vastness of the landscape with its claustrophobic plotlines. Most scenes are composed of two people rehashing a previous conversation or grievance, with one of them storming out of the room to avoid any accidental dramatic tension. The most egregious mistake the writers make, however, is their failure to mark time. We have no idea how long these poor little bastards have been missing, which reduces the urgency of finding them to approximately zero. Scene after scene passes with nothing new being learned. The overall effect is a pacing so glacial that it feels like the glacier has melted and seeped into the sand.

Strangerland is an interminable slog. Rather than adding something new to the ‘missing child’ sub-genre, the filmmakers have chosen to slather on a layer of backstory and call it good. When things finally play out, Ms. Kidman is forced to expose herself (literally) in a most overwrought and embarrassing way. There are some solid performances and evocative visuals, but otherwise, this clunker is stranded in the desert. 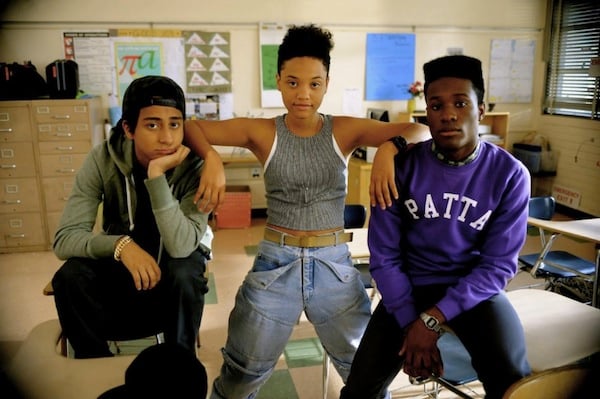