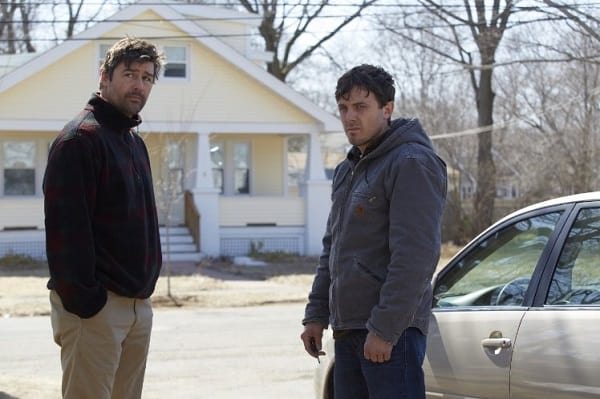 Manchester by the Sea
Written & Directed by Kenneth Lonergan
USA, 2016

Not every story gets a happy ending. Sometimes you just have to admit defeat and find a livable compromise. Writer-director Kenneth Lonergan’s latest drama, Manchester by the Sea, stares that cruel reality straight in the eye and doesn’t so much as blink. Aided by a revelatory performance from Casey Affleck, Lonergan shirks insight in favor of survival, with heartbreaking results. Manchester by the Sea can be a soul-crushing watch at times, but its beauty and humanity make it a hauntingly life-affirming experience.

Ghosts walk among us. Not from the ranks of the dead, but from the walking wounded. Years ago, Lee Chandler (Affleck) made a horrible mistake that not only drove away his wife (Michelle Williams), but scarred the entire community of Manchester forever. He reluctantly returns to Manchester to preside over his older brother’s estate, which includes assuming guardianship of his 16 year-old nephew, Patrick (Lucas Hedges). Patrick is a well-adjusted kid who plays hockey, practices in a terrible punk rock band with a drummer who (hilariously) can’t keep time, and juggles two girlfriends with Casanova-like aplomb. He’s mystified by the brooding silence of his uncle, but he cherishes their time together and loves him unconditionally.

Though it never quite reaches the emotional crescendo of his masterpiece, You Can Count on Me, Lonergan infuses Manchester by the Sea with plenty of emotionally devastating moments. Watching a man literally suffocate in his own grief might become tedious were it not for Lonergan’s observant dialogue and Affleck’s masterful delivery. There is yearning and regret practically dripping from the screen, but Lee is too emotionally crippled to break free or give anyone else the solace that they are craving. 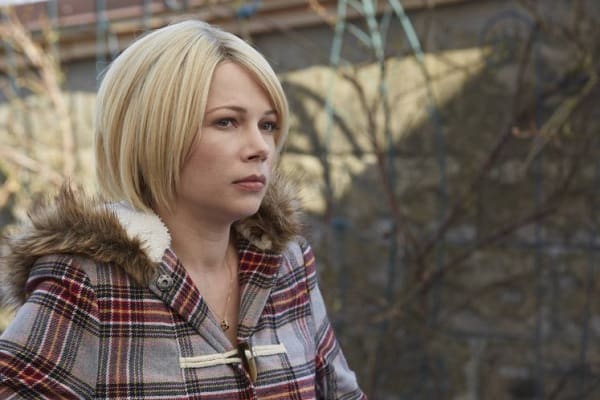 Lonergan loves breaking the rules of screenwriting, and Manchester is no exception. Instead of entering scenes as late as possible and breaking them off early (Screenwriting 101), Lonergan takes ages to reach the crux of each scene. Sometimes, arguably, he goes too far, but his deliberate approach allows each scene to build its own distinctive power. Lonergan also understands the power of “the car.” He knows that automobiles serve as both fortress and confessional to us, so he isn’t afraid to dedicate long stretches of screen time to car conversation. Lee cruises the streets of Manchester like a hated stranger, serenaded by Lonergan’s trademark melancholy classical score. Most writers and directors would be terrified to indulge these “inert” moments, but Lonergan assembles them into a collective that resonates with authenticity.

As a director, Lonergan knows how to inform his stories with an overwhelming sense of place. Manchester is a singular character in Manchester by the Sea, quietly judging its tiny citizens with its frozen soil and turbulent waters. Indeed, the ground is so impenetrable that Lee’s brother, Joe (Kyle Chandler), can’t be given a proper burial until the spring thaw. Joe joins the ranks of ghosts who refuse to leave Lee in peace.

Central to Manchester is the complicated relationship between Lee and Patrick. Patrick doesn’t exist to bring Lee out of his funk; he has his own life and, frankly, he doesn’t have time for Lee’s mopey shit. Likewise, Lee has no intention of moving back to Manchester, even if that means uprooting Patrick from everything he knows and loves. You can just feel the simmering frustration crackling between them. Again, Lonergan builds maximum tension by openly defying the conventions of indie dramas. 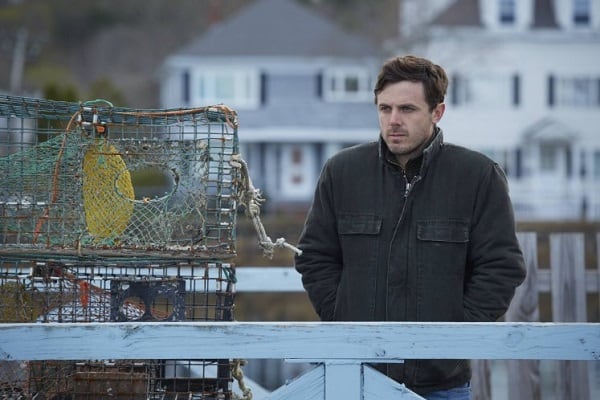 There is a level of frustration that comes with watching Manchester by the Sea, however. For all of its expertly ratcheted tension, there is no proper release. It’s like a symphony of lingering melodies that never reach a definitive, satisfying climax. There is no delineation, just the ebb and flow of an ongoing struggle; the past co-mingling with the present. Ghosts… everywhere there are ghosts.

Lonergan knows understated drama as well as any filmmaker working today. His uncompromising style might leave some audiences cold, but his unique brand of realism is wholly unshakable. Manchester by the Sea weaves image, theme, and conversation into a compelling tale of loss and stymied renewal. Casey Affleck deserves every accolade headed his way for making this tormented soul a lightning rod for both sympathy and frustration. You don’t know whether to punch him or throw your arms around him. The beauty of Manchester by the Sea is that both options are justified. This is a remarkable piece of uncompromising filmmaking.