The increased presence of women directors and writers during Sundance 2016 was a beautiful thing. Incorporating an even broader spectrum of experiences and differing viewpoints into the program certainly didn’t hurt. Brought to the table were stories about power, money, rape, religion, relationships, and caregiving. They covered the gamut of narrative film genres and were inclusive of many types of people and locations. The films range from stark dramas (Agnus Dei), thrillers (Equity), contemplative storytelling (Certain Women), the fantastical (The Lure), and features laced with comedy and drama (The Intervention, Tallulah). There isn’t any doubt that bringing more female filmmakers into the fold enriches the playing field and delivers more nuanced perspectives about women and the world into contemporary cinema. The following is not a comprehensive list of everything that played, but highlights some of the great films by women that PopOptiq covered from the festival: 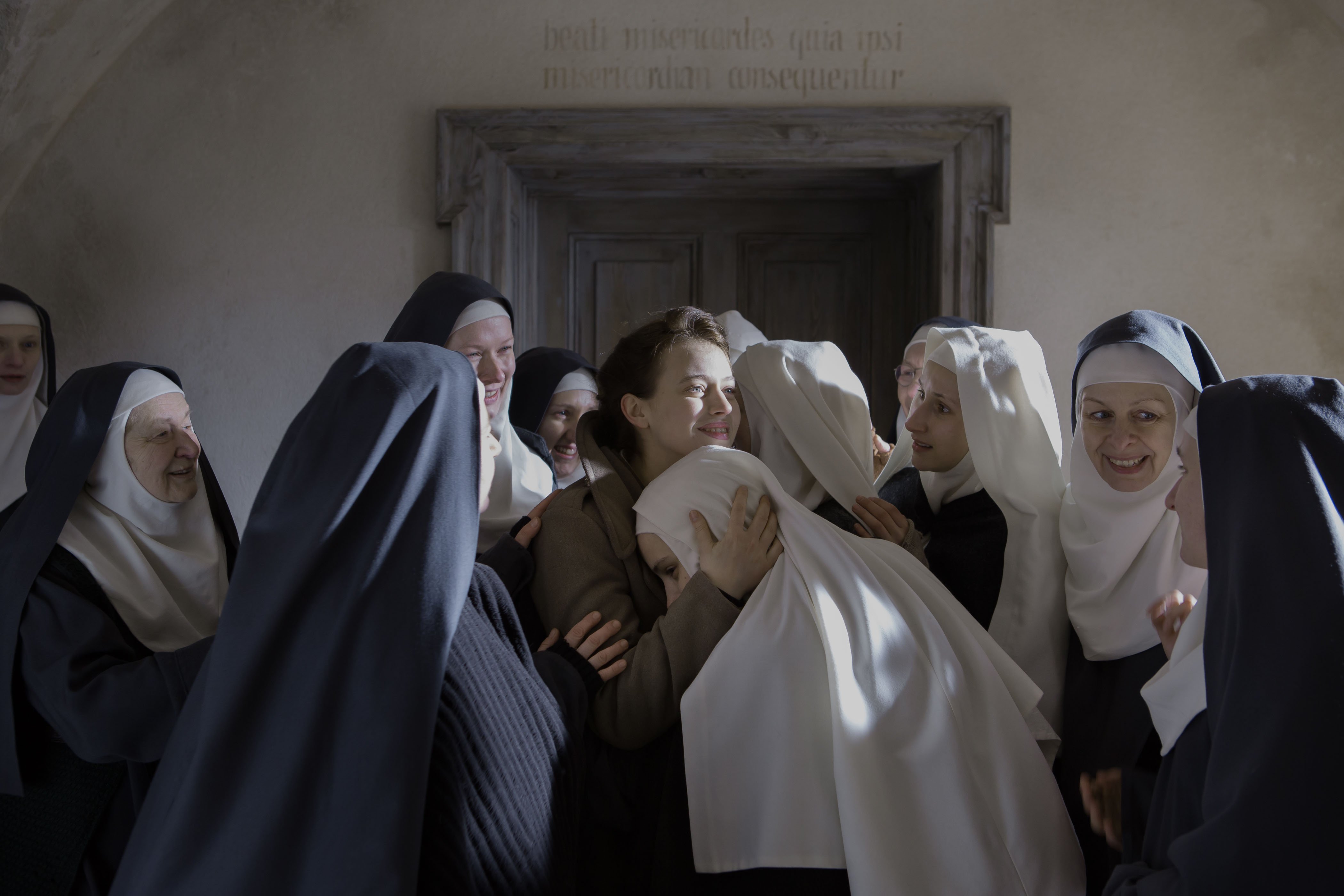 Anne Fontaine’s Agnus Dei is a quasi-tragic exploration of women at risk. Rectified by a woman drawn into chaos by duty and compassion, it’s always serious but never pretentious. It keeps the audience’s attention with the untold stories of how women are treated in wartime and how they must deal with the repercussions. In the aftermath of WWII, Mathilde (Lou de Laâge) is a young doctor for the French Red Cross in Warsaw who encounters a convent of nuns who have been raped by soldiers. The rapes have resulted in several pregnancies. The nuns are in shock and unable to care or adequately prepare for the pregnant amongst them. Their bodies are out of bounds and to them- the property of God. They do not know themselves and touch is a foreign concept. Much has been dramatized of the heroics or misdeeds that men commit during war. Largely left out of imagination and history are how women interact and cope with destruction during turbulent times. Womens’ decisions in times of crisis have been silently pushed out of the bigger picture. Their perceived vulnerability and actual agency is a far more complicated concept than warrants them unjustly being lumped in with collateral damage. Based on a true story, Agnus Dei attends to the terrible consequences of rape with a knowing intelligence and sense of responsibility that these are not stories that usually get told. Read the full review

From Dylan Moses Griffin’s glowing Sundance review:
“Few filmmakers can wring so much character and emotion out of silence like Reichardt can. Reichardt and her cinematographer Christopher Blauvelt sit in the quiet moments with these characters, letting the privacy and intimacy inform us of them. Consider the previously mentioned moments of Gina smoking. Also consider when she waves at the elderly neighbor whose sandstone they are buying. He doesn’t wave back, he just stares as he watches a large part of his past leave. A shot of Gladstone’s character driving away becomes one of the most heartbreaking images this year, as Reichardt refuses to cut away from her, from severing the connection between ourselves and her…” Read the full review.

From J.R. Kinnard’s review:
“With its fever-dream urgency, pulsating soundtrack, and striking imagery, The Lure is like nothing you’ve seen before. Polish director Agnieszka Smoczynska packs her demonic creation with enough energy and originality to overwhelm even the most adventurous cinephiles. The Lure is a singular cinematic vision of perversity and beauty that demands to be seen…No film in recent memory so expertly mixes and transcends myriad genres. There is a propulsive musical with dynamic compositions, a creepy horror film with disturbing imagery, and a fairytale love story that never rings false. There is also family drama, coming-of-age naiveté, and plenty of titillating erotica. Thanks to Smoczynska’s assured vision, it all works. It’s a beautiful collision that leaves a thoroughly entertaining mess in its wake…” Read the full review

From J.R. Kinnard’s discerning Sundance review:
“These are smart ladies who aren’t afraid to kneecap the competition. They don’t have the luxury of lamenting how this male-dominated world has compromised their humanity or destroyed any chance for a normal private life. A self-torturing Naomi asks Michael if men feel the same regret over a blown business deal, to which he responds, “Yes, but we usually find someone else to blame.” It’s a theme that re-surfaces again and again in Equity; women internalize the failure that men blame on one another. Not exactly the prescription for a happy life…” Read the full review.

The Intervention
Directed and written by Clea DuVall
USA, 2016

Clea DuVall’s directorial feature debut  is a tangled mess of intoxication and denial that also happens to be irrepressibly funny for how close to home it hits to the workings of real relationships. The ebbs and flows of intimacy and fear are dead-on. She molds a motley crew of characters into a volcanic force of bickering confusion and desire. The lively ensemble produces a work that’s human, hilarious, and intermittently painful as couples suss out their problems. DuVall masterfully orchestrates all of the mad proceedings with grace and levity. 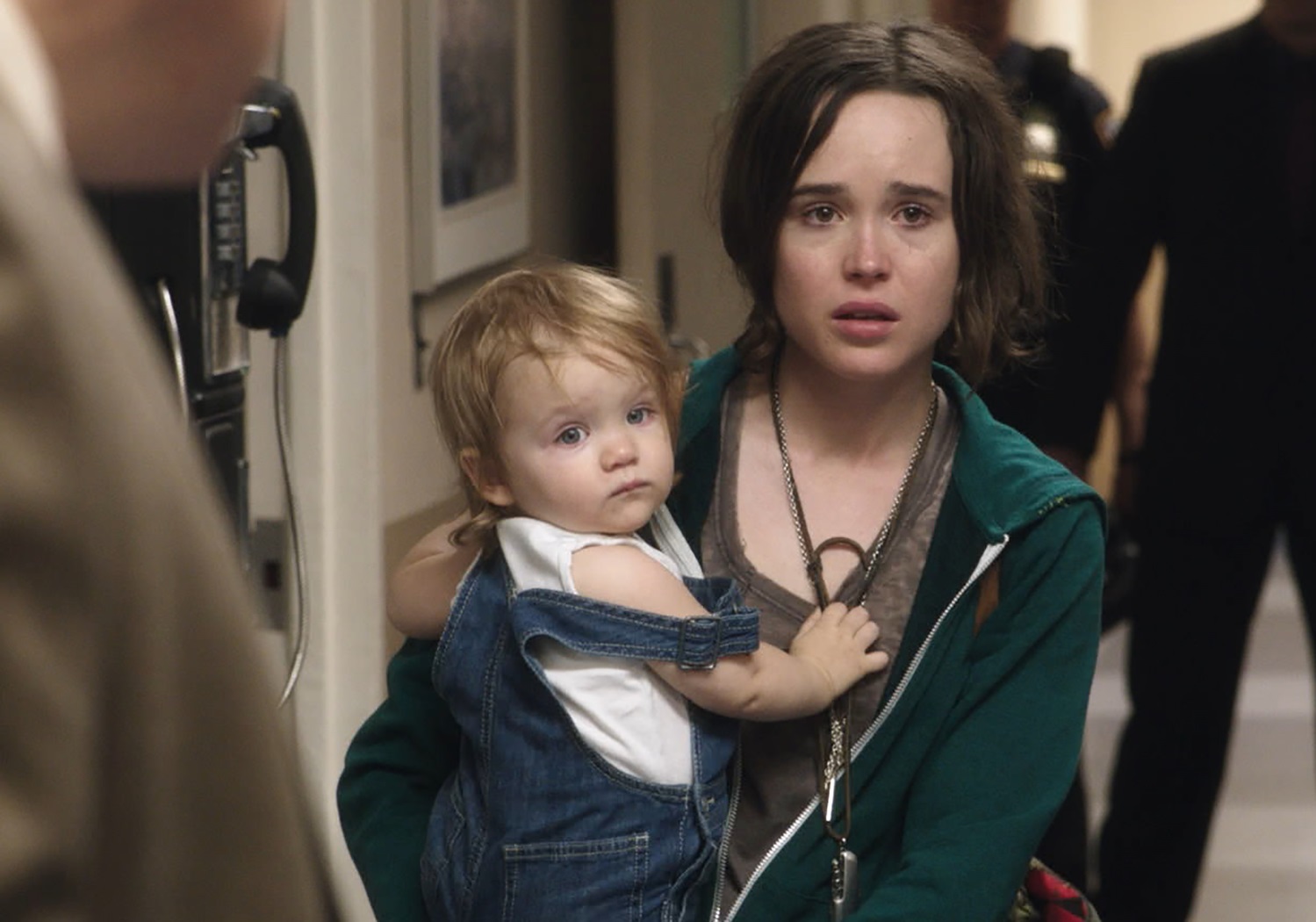 Sian Heder (writer and producer on Netflix’s Orange is the New Black) fleshes out the intersecting lives of three different women in her intricate debut feature. Tallulah follows a rambling young woman (Ellen Page of Juno, Inception, and The East) who bucks tradition and lives in a van. When her boyfriend unceremoniously leaves her, she takes a temporary job baby-sitting for well-off but reckless housewife Carolyn (Tammy Blanchard) who doesn’t want the responsibility that goes along with her child. Seeing the dangerous environment that she’s about to leave the child in, Lu (short for Tallulah) steals the child while her mother is passed out. With no home or resources- she seeks out her estranged boyfriend’s mom for help. Margo (Allison Janney) is going through her own personal crisis and is blindsided by Lu’s claim that the baby is her grandchild. Heder’s Tallulah probes what make women tick and how intensely they are judged for all of their decisions, no matter what path they take. Read the full review