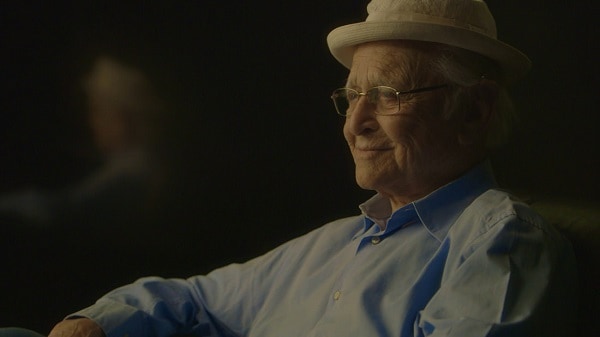 What do you say about a man who once had 6 of the top 10 rated television shows… at one time?!? Norman Lear: Just Another Version of You weaves a compelling causality loop between his conflicted childhood and his envelope-pushing writing. Directors Heidi Ewing and Rachel Grady’s documentary is an earnest tribute to an unassuming man who just happened to re-shape the medium forever. It’s vital, necessary, and surprisingly poignant.

His dad was hauled off to prison when he was just 9 years old; about the same time he heard a radio minister railing about the inherent evil of the Jewish people. Lear channeled his understandable inner turmoil into the most brilliant and prescient writing to ever grace the small screen. With All in the Family, Maude, and The Jeffersons, Lear ruled the ‘70s with a liberal fist and a foul mouth.

Through archival interviews and Lear’s own words, directors Ewing and Grady peel back the layers of a man who is at once hopelessly boring and inspiringly defiant. He founded People for the American Way, battled the Moral Majority, and purchased one of the first published copies of the Declaration of Independence. After surviving multiple marriages, fights with temperamental actors, and a work schedule that would kill most mortals, Lear finally found understanding and fulfillment as a family man… even if it took him nearly 90 years to figure it out. 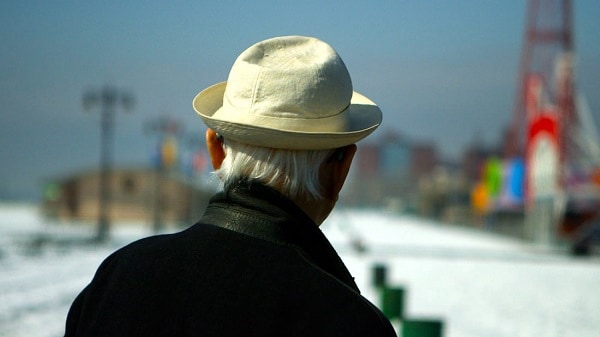 Ewing and Grady avoid the common documentary pitfall of canonizing their subject, focusing, instead, on what drives him. Lear pushed himself and everyone around him to greater heights in order to feed his obsession with being “a good provider.” He isn’t perfect, but he’s trying hard to understand his flaws. This public and painful therapy shaped television for decades to come, and the filmmakers draw these connective lines with elegant precision. With a quick anecdote or poignant recollection, we are treated to the genesis of Lear’s classic shows.

Take, for instance, the heated visit from three members of the Black Panther Party to Lear’s office. Lear uses their anger over the buffoonish portrayal of African Americans in Good Times as inspiration for The Jeffersons, solidifying his place as a champion of civil rights. More importantly, Ewing and Grady tell the compelling story of a son dealing with the void created by his disgraced and bigoted father. In Archie Bunker, Lear not only threw stones at his father, but learned to empathize with his smallness.

But the real beauty of Norman Lear: Just Another Version of You is the subject himself. Norman Lear is not a comedian; he just writes truth in its funniest guise. He’s serious, thoughtful, and understands his obligation to instruct those who might benefit from his wisdom and experience. Indeed, the film’s biggest flaw might be its lack of humor, which causes things to drag a bit in places. The filmmakers stay focused on Lear’s story, even when there is laughter to mine elsewhere. Take, for example, a comedic ‘Clash of the Titans’ between Lear and his good friends, Mel Brooks and Carl Reiner. This meeting could be the subject of an entire documentary, but that isn’t the story Ewing and Grady want to tell. To their credit, they maintain a razor focus on their subject, elevating the material in the process.

Like the shows that made Lear famous, Norman Lear: Just Another Version of You is all about honesty, human frailty, and the art they inspire. When Lear makes the crushing admission that a popular anecdote about his grandfather is a complete fabrication, you understand his motivation. That is the mark of good documentary filmmaking; to illuminate, not to excuse. The word ‘legend’ gets thrown around pretty loosely in our 140 character world. For once, it might not be strong enough to describe the magnitude of an artist’s impact on their field. This is the worthy portrait of an icon who single-handedly dragged television into the modern age and changed how we viewed the medium. A must-see for comedy fans.