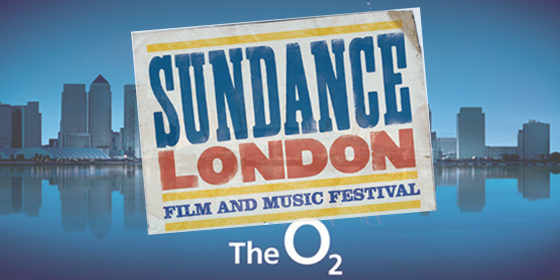 After a miserable few months of suffering a pallid and grey smothering of inclement weather it seems altogether fitting that as the furtive golden orb peeks beyond the dissipating clouds the Sundance Film Festival returns to London. Now in it’s second year fans of alternative and independent cinema descend upon Greenwich’s O2 entertainment complex to enjoy a slightly more leftfield blend of fiction and non-fiction cinema, music and debate, conducted over four days of screenings, panels, live discussions and workshops. This is the first international deployment of Robert Redford’s Utah birthed US champion of non-studio decreed film culture, a fertile ground of inspiration and innovation where the likes of Steven Soderbergh, Quentin Tarantino and Kevin Smith (to name just three) fumbled their first sweet kisses of wider media exposure. Almost three decades hence and the festival is still regarded as one of the most important platforms of film culture in the world, even after the big studio boutique distribution arms (Fox Searchlight, Warner’s International Pictures, Paramount Vantage, Sony Classics etc) have significantly scaled back their acquisition budgets and the search for the next ‘quirky’ potential Oscar nominees have been abandoned in the age of austerity. Nevertheless Sundance has retained its international standing as a cauldron for potent new voices which emerge almost every year, Beasts Of The Southern Wild premiered in Utah last year and went on to seduce many other festivals and the Academy with a horde of Oscar nominations, and film fans, distributors and executives still scrutinise it’s selections and screenings for the ‘next big thing’. With 21 features and documentaries the London arm of the independent offers many pleasures, from short films to discussion labs it celebrates film culture in all its myriad diversity, densely concentrated in the slightly incongruous environs of the sterile and corporate logo plastered O2 complex.

Cinema has always nurtured its own particular side routes and in-jokes, when even the most peripheral of figures can generate their own fanbase and crowd sourced documentaries. One such figure is Don LaFontaine, the king of Tinseltown trailer narration until his death in 2008, and it is this breathless and invisible area of film production that debut director Lake Bell mixes her genuinely funny and gentle take on the romantic comedy. She plays Carol, daughter to her imposing father Sam whom is one of the leading practitioners of the art of panting and growling ADR, struggling to find her own voice and place in the world Carol’s own career takes off when she hesitantly launches her own aural employment, competing with the established stars of the industry in a battle for the contract for Hollywood’s next big franchise. In A World… is almost Sundance by the numbers, a great ensemble cast including Frank A Serious Man Melamed, Michaela Enlightened Watkins, Nick Parks & Rec Offerman, Rob Hot Tub Time Machine Corddry and others too numerous to voice here, a quirky take on the moribund romantic comedy genre which has been smothered to near paralysis by a past decade of films which usually star Jennifer Aniston, Katherine Heigel or Hilary Swank.  With its affectionate glance at the untapped vein of post production film culture – think Berberian Sound Studio with more gaiety than giallo – this is a funny, tender and pleasing debut, an ideal first date for the entire festival affair. 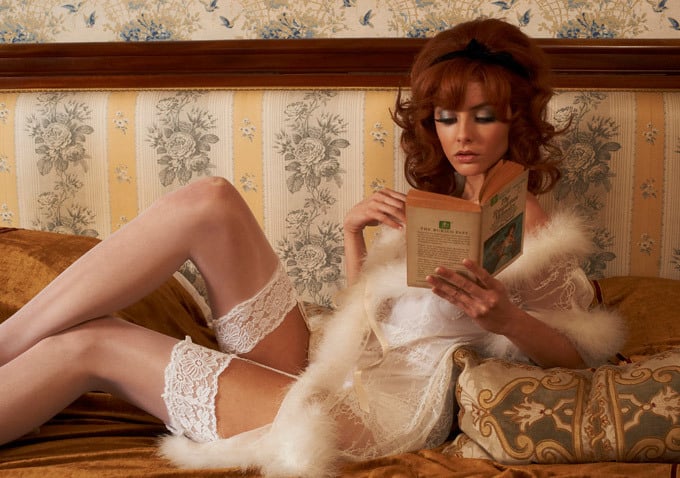 Acutely aware of the liberal credentials of inclusion and respect for other cultures Sundance London has a indigenous strand dedicated to UK material, constructing a valuable platform for British filmmakers to promote their work. Most of these are yet to screen but indigenous talent was on display with The Look Of Love, Michael Winterbottom’s reunion with Steve Coogan in a biopic on the sordid life of Soho property and porn magnate Paul Raymond. Many a Londoner has lost an evening in the pubs, clubs and back alleys of the West End’s dirty little secret, and as a historical curio the film works as a travelogue of the area over the past forty years. It’s less successful as a compelling biography of a fascinating figure, framing his life through the core relationships with the three crucial women in his life, his wife Debbie (Anna Friel), his mistress Fiona Richmond (Tamsin Egerton) and his daughter Jean (a tear streaked Imogen Poots). The film unzips when attempting to match the saucy tone of burlesque free love, coke and champagne with the tragedies of Raymond’s life, following the usual design of a man who seemingly has everything yet whose personal life is a chaotic mess. There are a few chuckles to be had however and anyone interested in London history will find something to enjoy in Coogan’s Partridgesque performance, even if it swiftly fades from the memory like a entrepreneurial hangover.

Finally Thursday was epilogued with one of the hottest new films of the year, Shane Carruth’s long awaited follow-up to his paradoxical time leaping Primer, yes it was finally time for Upstream Color to bewilder the British. Carruth’s debut still generates a metric weight of analysis, speculation and interpretation amongst film fans, and every few months a new flowchart is published in an attempt to crack Primer’s code, each of them looking more like an IED assault on a PowerPoint presentation. Carruth has pushed his style into even more unconventional arenas with his long gestating sophomore sequencing, it’s various virsuses spoiler resistant as numerous interpretations are already circulating on it’s purpose, it’s designs and even the perplexities of the plot. It’s very much a film that hinges  on what the audience brings to the table, with emotional and logical gaps leaking confusion into the films water table, as a surface narrative of lonely souls preyed upon by a suggestive state inducing grub elides to infected swine,  microscopic mutations and Henry David Thoreau’s distaste for the modern world.  The post screening Q&A revealed little of the films algorithms and anyone attempting to decipher its complex layers had best return to the source code of the film, a 21st century tone poem of corporatism, parasitic ennui, subjective fragmentation with a hint of early Cronenberg, it’s  a deeply complex piece (maybe overly so) which demands repeated returns, although it may leave many subjects rejected and irritated at its utter disregard for conventional narrative – a mercurial masterpiece or pretension personified. 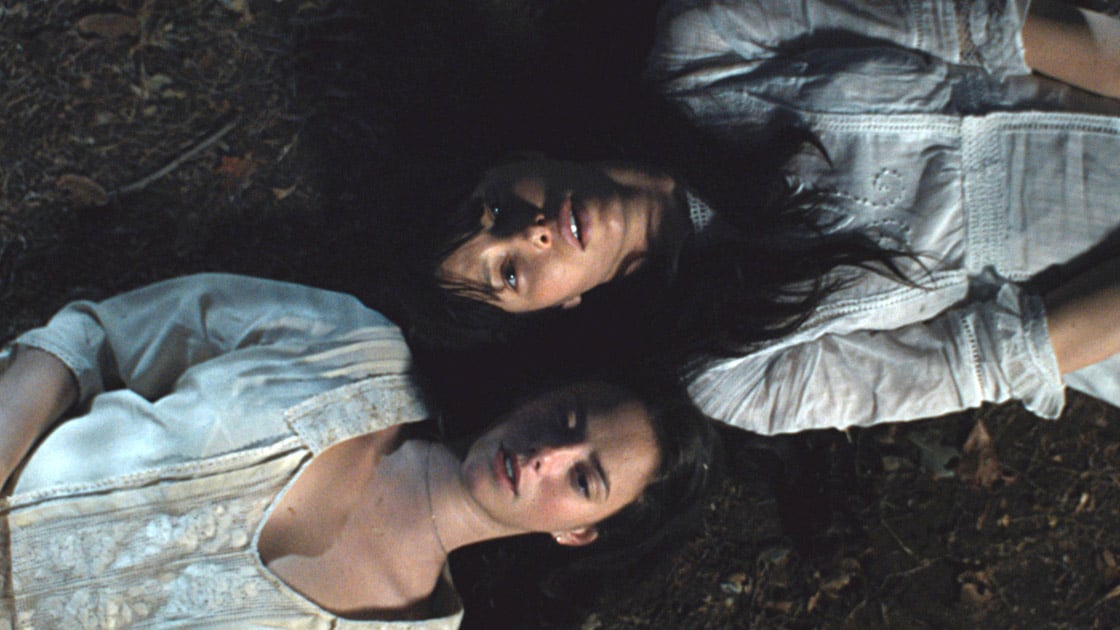 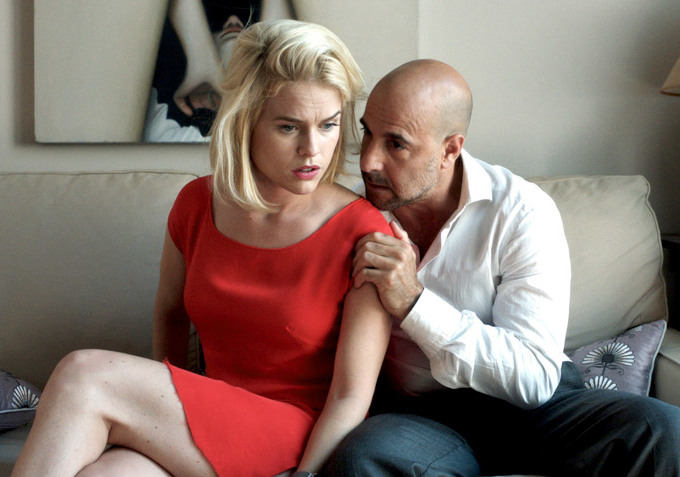