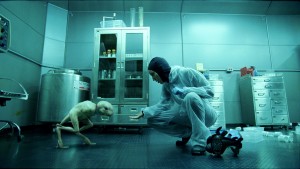 When it comes to film festivals nothing beats the midnight screenings. The 2010 Sundance Film Festival is just over a month away and now fans of genre cinema have seven more reasons to get excited. The non-competition Park City at Midnight program has premiere some indie hits in the pasts including Black Dynamite and The Blaid Witch Project. 2010 promises to be another great year with entries from Adam Green (Hatchet) and Vincenzo Natali (Cube). Here is the complete line up.

Buried / Spain, USA (Director: Rodrigo Cortes; Screenwriter: Chris Sparling)-A U.S. contractor working in Iraq awakes to find he is buried alive inside a coffin. With only a lighter and a cell phone it’s a race against time to escape this claustrophobic death trap. Cast: Ryan Reynolds. World Premiere

The Violent Kind / USA (Directors and screenwriters: The Butcher Brothers) A group of rowdy young bikers party it up at a secluded farmhouse when, tormented by a mysterious force, things take a turn for the worst. Cast: Taylor Cole, Christina Prousalis, Tiffany Shepis, David Fine, Joseph McKelheer. World Premiere.

For full details on the festival and to grab tickets, visit http://festival.sundance.org/2010/