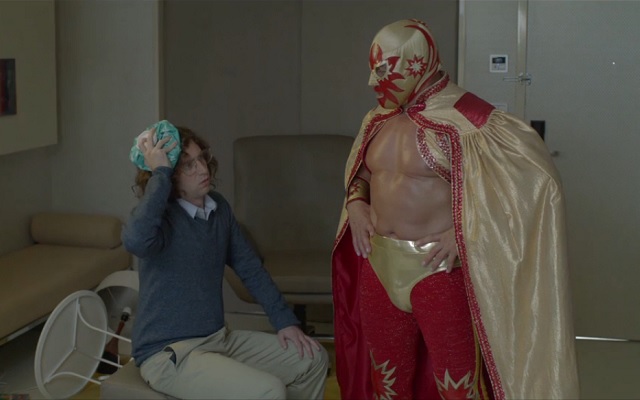 Today’s film is the 2012 short ¡El Tonto!. The film stars Kyle Mooney, and is co-written by Ben Sayeg and Lake Bell, the latter of whom also takes on directing duties. Bell has built a decade-long career in memorable supporting turns in both film and television, from shows such as Boston Legal, How To Make It In America, and Childrens Hospital, to movies such as No Strings Attached and It’s Complicated. Her newest feature, In A World…, in which Bell also makes her feature film writing and directing debut, opens in limited release in American theatres this weekend.