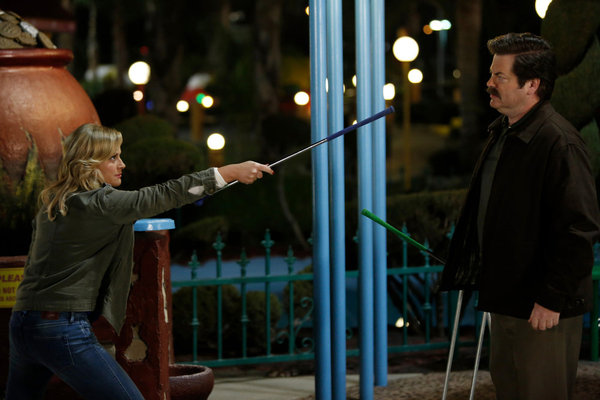 This week’s Community comes from the pen of Oscar-winning screenwriter Jim Rash, a.k.a. Dean Pelton. It appears to be an episode about the dissolution of Troy and Britta’s relationship, but at its heart it’s just another episode about Troy and Abed. In that respect, it is far more effective than its gimmicky premise would suggest. If anything holds it back it’s that Danny Pudi isn’t nearly as good at impersonating Troy as Donald Glover is Abed. The reveal that it’s all an act explains this, but doesn’t quite serve to redeem it.