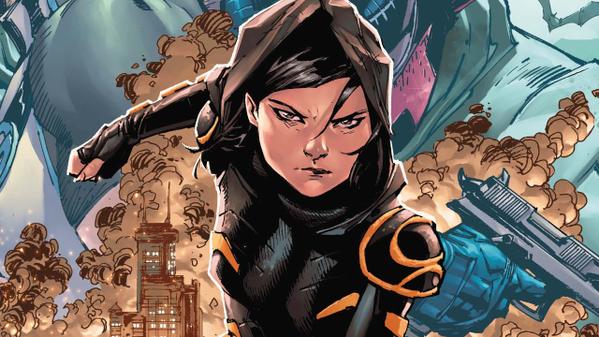 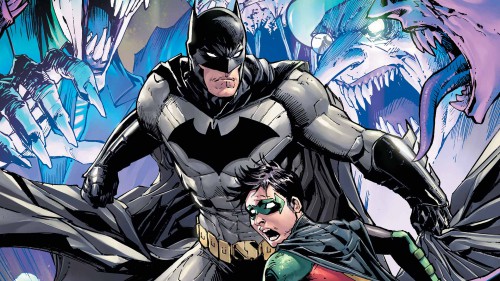 After last week’s blockbuster opening, Batman and Robin Eternal #2 has a little bit of a sophomore slump as a mysterious assassin almost beats Harper Row (aka Bluebird) to death until she is saved by Dick Grayson and a silent, deadly Cassandra Cain, who runs off to do other mysterious things. After the extended action scene, most of the issue is Stephanie freaking out about Dick being alive along with a flashback of Batman and Dick Grayson as Robin fighting the Scarecrow with some twisted, horror influenced art from Paul Pelletier and Tony Kordos and a bendy, trippy color scheme from Rain Beredos. This sequence makes up for a mostly lackluster fight scene between the mystery attacker, Cass, and Dick in which Pelletier starts strong with a kinetic double page spread of a full bodied kick from Cassandra Cain before pulling back from the action and even using storytelling shortcuts that diminish potential acrobatics from Grayson. 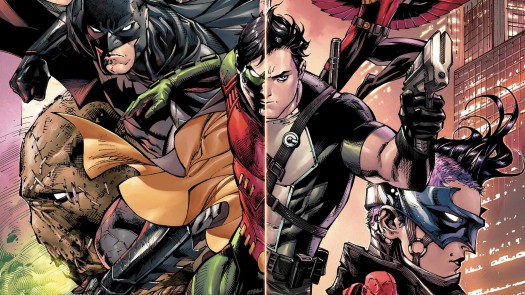