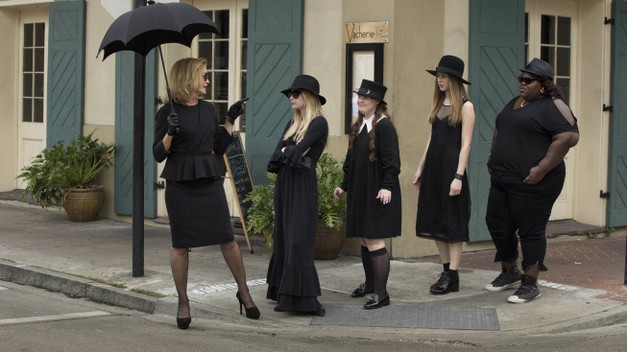 The season premiere of American Horror Story: Coven weaves a menacing tale of witchcraft that pushes past anything that would resemble good taste. A Teenage virgin’s vagina is used as a deadly weapon; a bull’s head is crowned upon an African American slave, which leads to a depressing transformation of a man into minotaur; and a date rape leads to a disastrous bus crash, killing several teenage boys. That doesn’t include the various men held as prisoners and tortured in an underground dungeon, the apparent deaths of several characters; and oh, did I mention the magical vagina?