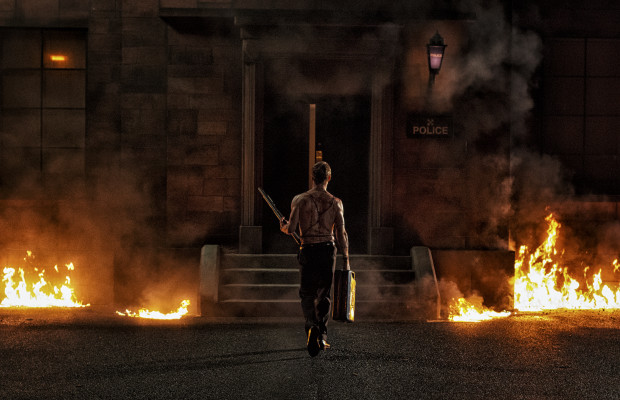 ‘Irish horror movie’ isn’t a phrase that comes up a lot, unless someone brings up Grabbers, and why on Earth would anyone do that. And yet, Fantasia 2014 has seen the unveiling of Let Us Prey, a new horror film by first time director Brian O’Malley, which is already making waves in the horror film circuit, and with good reason. Let Us Prey is a tense, tightly-wound and effective horror film that shows incredible promise from O’Malley, and delivers both for gore fans and those in search of something a little deeper than mere exploitation.