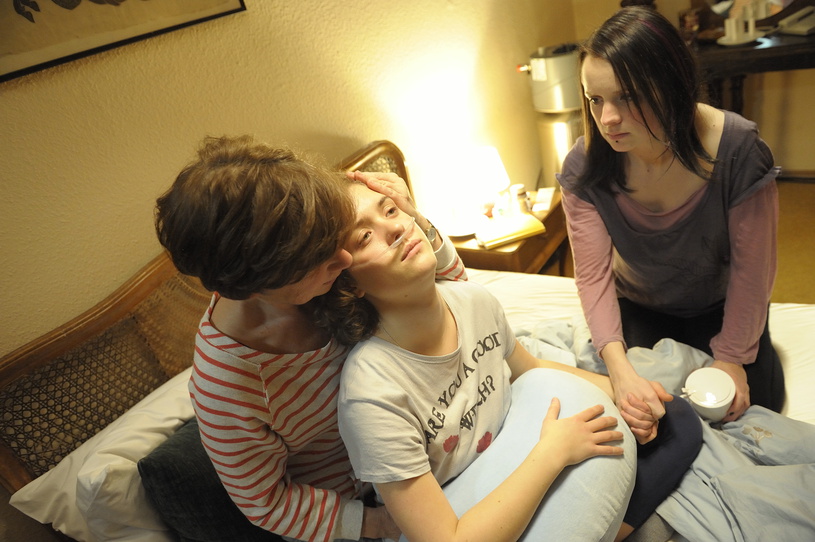 Frederik Steiner’s film Zurich is possibly the nicest film you’ll ever see about someone deciding to enlist the aid euthanasia clinic. Young Lea, played by Lisa Liv Fries, is only 20 years old, but with cystic fibrosis limiting her days and the knowledge that whatever days she has left will be pretty miserable, she decides for the ultimate “opt out.” If ever there were a film to fall into the sticky, saccharine clutches of mawkishness it would be this movie, where the pre-deceased is a such plucky youngster with so much zeal for life that you can’t imagine her even considering killing herself. But somehow Steiner and his group of actors toe the line quite gracefully, supplying the right levels of honest comedy and drama without feeling exploitative of the tough subject matter, though it does have its missteps. Crying is practically unavoidable in Zurich, both for the actors and the audience. At the end of the film, the woman sitting next to me just couldn’t stop weeping and looked at her male companion in between sobs exclaimed “You chose this one!” before they quickly left the room.