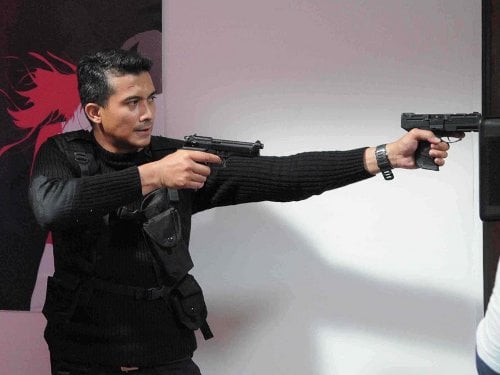 There is perhaps no worse criticism to throw at a film than calling it boring. A terrible film can be gleefully ripped to shreds and analyzed for its awfulness. A boring film simply fails to elicit considerable emotion. Yes the filmmakers obviously put effort and heart into creating the best fights scenes they could and in many respects those moments do pay dividends but there is very, very little else of note. Even the title itself is a bit misleading, suggesting that the protagonist shall be the one fleeing his pursuers whereas in fact the opposite occurs for the most part in the story.