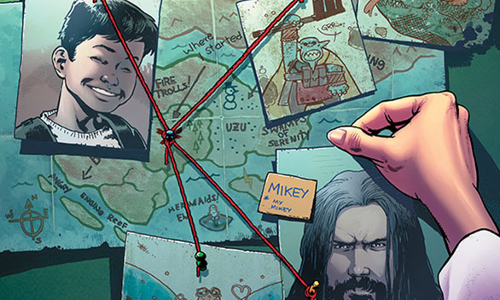 The ongoing turmoil within the Rhodes families continues in Birthright #7. For the uninitiated, Birthright follows Mickey, a young boy whisked off to the fantastic realm of Terrenos, who arrives back on Earth a grown man while his home has only been missing him for a year. Things are not all they seem as Mickey claims to have slain the cruel ruler of Terrenos, the God King Lore, but in actually seems to be a puppet in the conquest of the human world. Breaking out of his confines, Mickey has taken his (technically) older brother in a mission to slay the four Terrenian wizards with the power to stop him whom are secretly living on Earth. 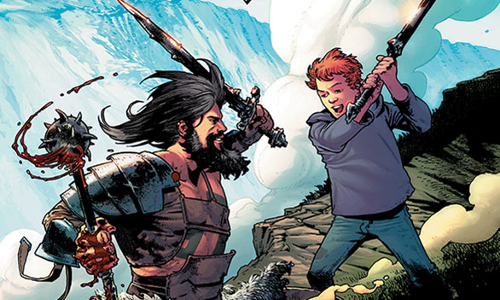 One of the problems that comes with traditional genre stories “now what?” narratives is that it trying to make it last beyond its simple thought experiment is difficult. Birthright’s story follows the Rhodes family whose lives are thrown into turmoil when the younger son Mickey goes missing in the woods. One year later, Mickey returns but now a fully grown man and an arsenal that would turn Conan green. He claims to have been whisked away to a realm called Terrenos as the prophesied chosen one to end the reign of the nightmarish God King Lore. However, it seems at some point Mickey strode from the true path, now manipulated to serve Lore in the invasion of Earth. With the “older” Rhodes son Brennan traveling with Mickey through the wilderness and the recently divorced Aaron and Wendy in FBI custody, the salvation of Earth must come from the denizens of Terrenos, else Lore may extend his will over all. 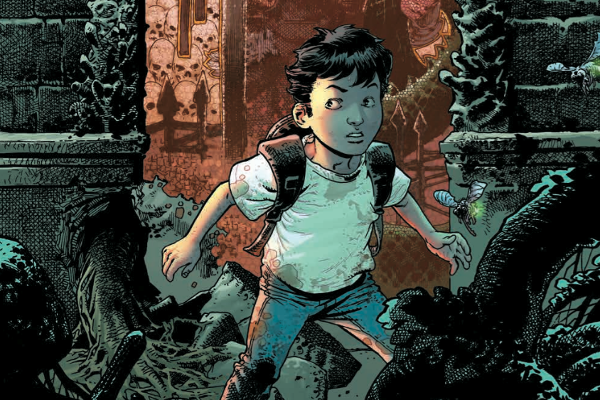 Fresh from the mind of Joshua Williamson, Birthright is an interesting new series from Image. The concept is quite simple: a young boy by the name of Mikey vanishes seemingly into thin air, causing havoc on his family from his absence to the point of breaking, that is until a year later when a stranger arrives, straight out of a fantasy paperback and sporting an arsenal that would make Conan jealous, claiming to be Mikey grown up. And yes, it’s actually Mikey. It turns out; he was the champion of a far off realm called Terrenos fated to liberate the land from the monstrous God King Lore. However, what he leaves out is how Mikey himself is under the control of Lore himself with a mission to make Earth his next conquest. 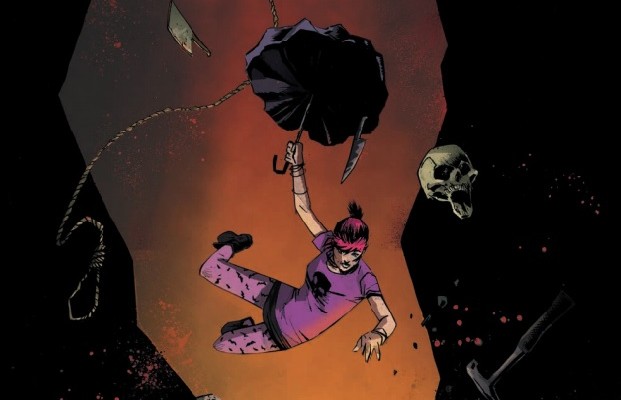 With issue 5 of Joshua Williamson’s Nailbiter, we dig deeper into the dark mysteries within Buckaroo, Oregon – adding more pieces of the puzzle and raising more far more questions than I fear Williamson can answer with satisfying results. Only time will tell, and we can only hope for the best, but with powerful imagery and a strong, unpredictable story, Nailbiter continues strong: The result is a challenging psychological thriller within a gripping crime procedural. 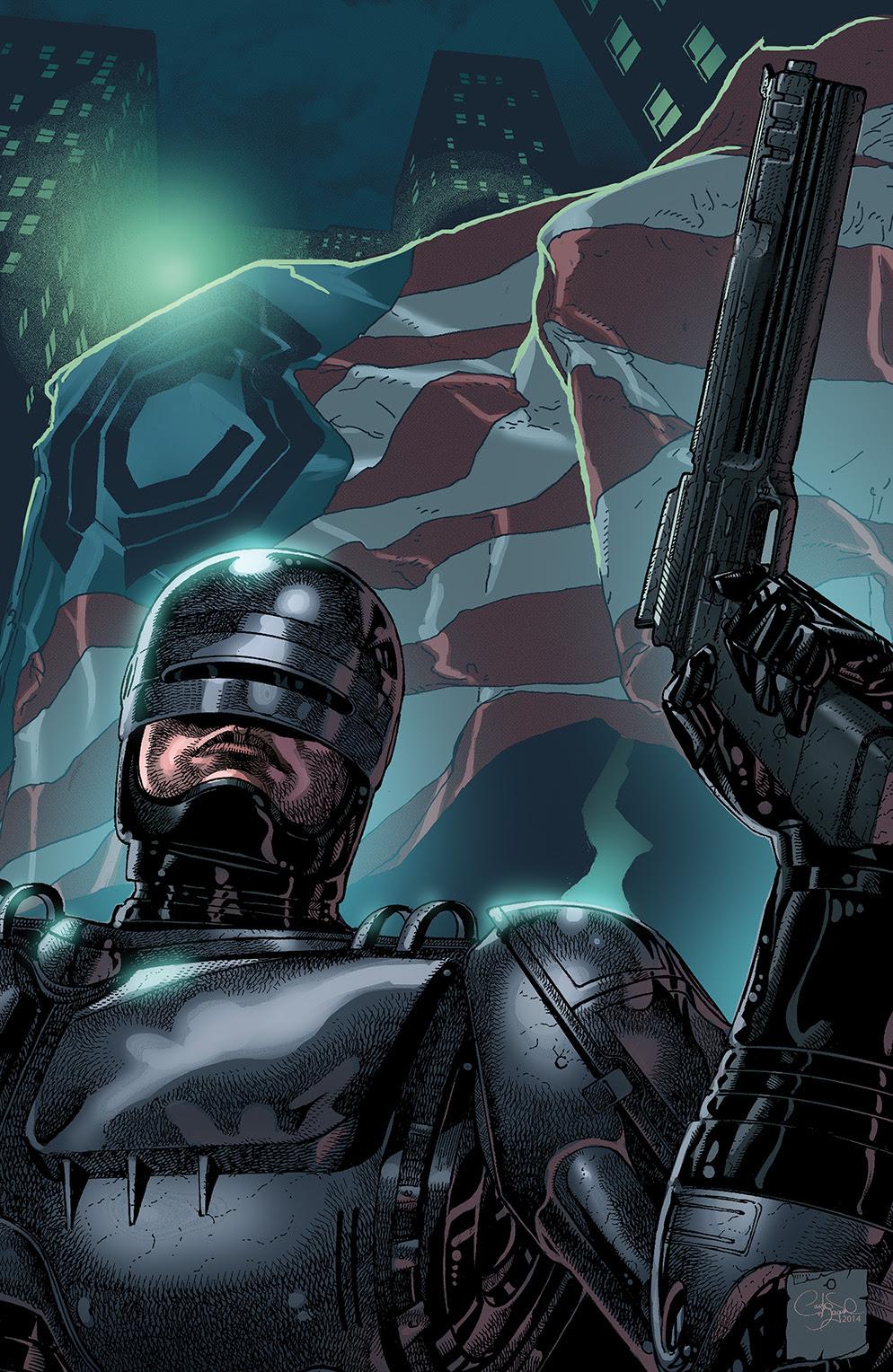 As everyone knows, Paul Verhoeven’s Robocop is a science fiction … 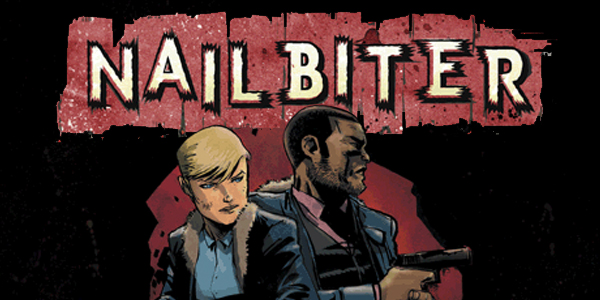 Finch and Crane go digging for answers, and what they find isn’t pretty. This is sort of an in-between issue in which we as readers learn a few answers, but so many more questions are raised that we are still sitting in limbo. Time to just kick back and enjoy the ride, because even when it’s slow, this comic is good. 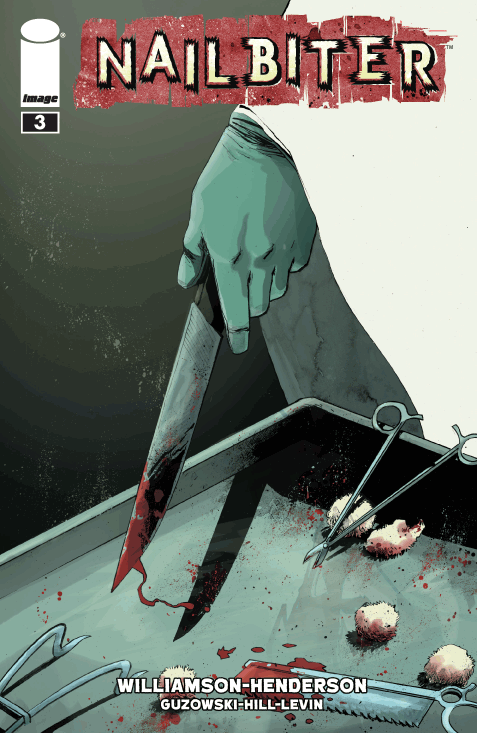 The body count in Buckaroo is steadily climbing as Finch and Crane try to figure out who is responsible for all of these murders. The series is finding its own darkly amusing voice that sets it apart from a lot of other horror comic books being written today. While we’re no closer to unwrapping the mystery of Buckaroo, this is a really enjoyable book that is taking off. 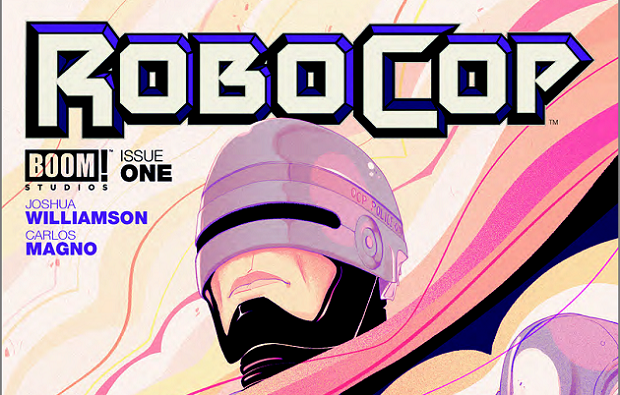 ‘RoboCop’ #1 Brings RoboCop Back To His Roots Read More »