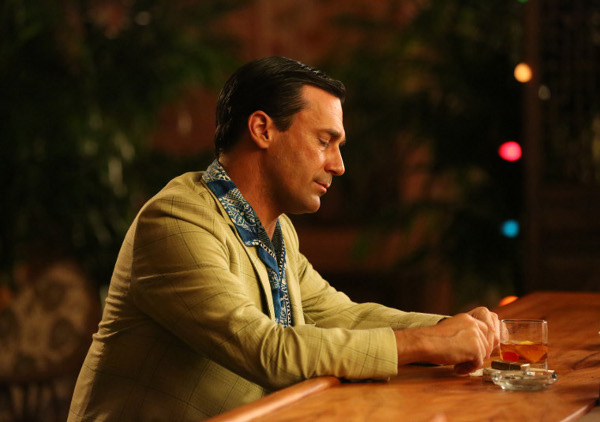 When Don was asked “Are you alone?” at the end of Mad Men’s fifth season, there was a moment when I expected him to respond “Isn’t everyone?” Season six opens as Don reads Dante’s Inferno on a Hawaiian beach, surrounded by people but desperately alone, even his own wife (now a star on a soap opera) appears alien to him. Seemingly in response to the question left hanging at the end of season five, the voiceover, quoting Dante, intones “Midway through our life’s journey I went astray from the straight road and awoke to find myself alone in a dark wood.”