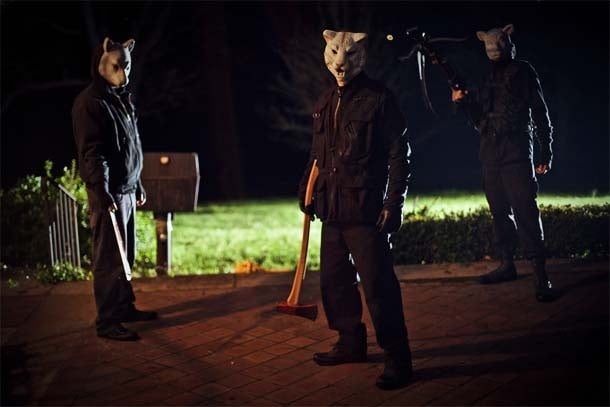 Filmmaking functions heavily in accordance with associations. When things go well on projects certain cliques form. For example, in comedy there is the Apatow gang, featuring writer-director Judd Apatow and such actors as Seth Rogen, Jason Segel, Leslie Mann and Paul Rudd just to name a few. In the American independent horror film genre, there is the group comprised of writer-director Adam Wingard, writer-director-actor Joe Swanberg, actors A.J. Bowen, Amy Seimetz as well as arguably the most notable name of the bunch, writer-director-actor Ti West. Fans are in luck because the entire gang is back with the home invasion film You’re Next, the wait for which has been mind-numbingly long since it’s premier at TIFF…in 2011.