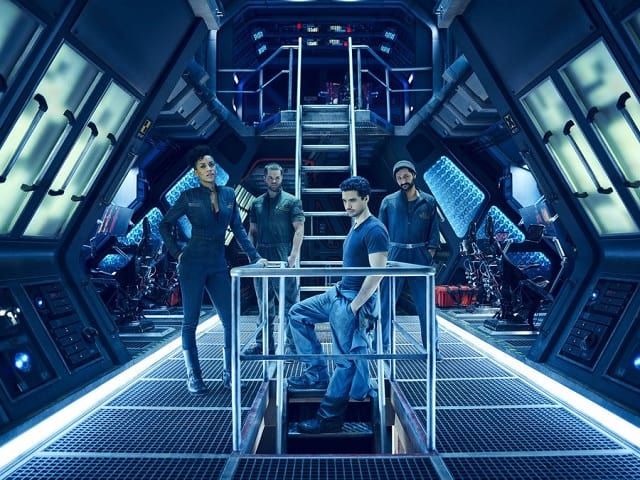 While the chronological year is drawing to a close, the … 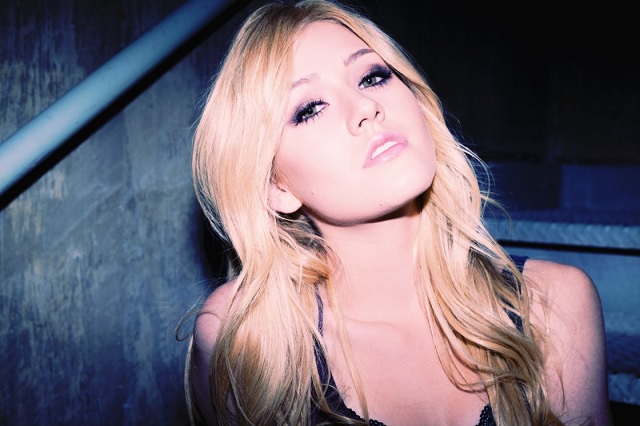 Plus, another shakeup on Sleepy Hollow, and Shadowhunters casts its lead.

Syfy is joining with Steven Speilberg’s Amblin Television to adapt … 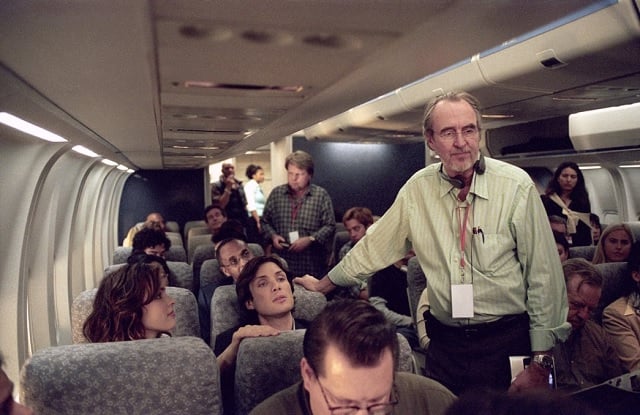 Wes Craven to return to television with Syfy Read More »

Cable network SyFy announced Monday that they will be developing … 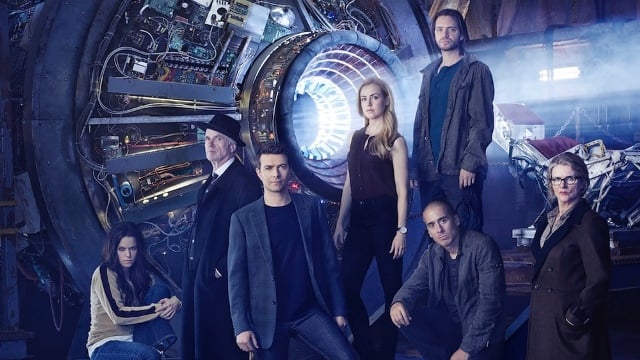 In the year 2043, a viral epidemic will devastate all … 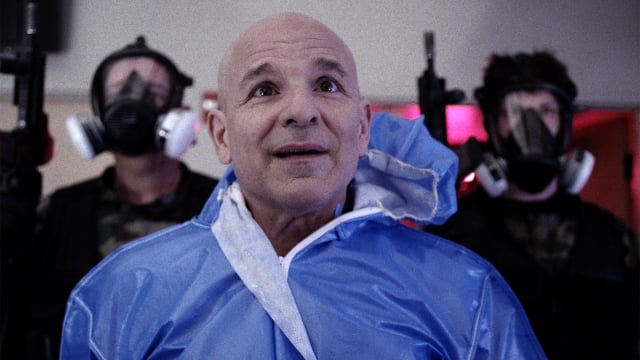 Throughout the duration of Z Nation there have been some gaping flaws and shaky plot turns, and the culminating two episodes suffer because of this, despite being stronger installments in the series. We follow the survivors to the end of their journey, after narrowly escaping another group of foes in “Murphy’s Law”, to the government laboratory where Murphy’s antidotal blood was to be rendered into a vaccine to save the human race, and as to be expected, nothing goes according to plan. It is immediately discovered that instead of a team of good-natured scientists awaiting them, there is a group of deranged mad men lead by the maniacal Dr. Kurian. 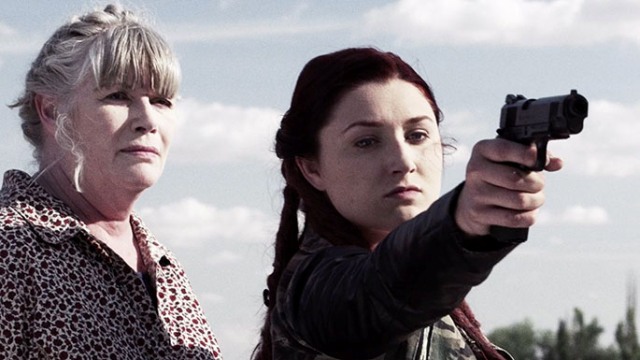 Thus far, Z Nation has felt extraordinarily uneven. There has been a lack of cohesiveness between the episodes that makes it feel like viewers could jump in at any point given minimal knowledge on the series, because almost every dramatic arc that is presented ends before a given episode has concluded, making room for whatever is to come in subsequent weeks. Although this is a valid critique, by this point it is starting to feel like viewers are just going to have to accept Z Nation for what it is- an uncomplicated action-drama with more emphasis on the action than the drama. The survivors have repeatedly faced troublesome but ultimately surmountable situations in the span of each forty minute installment with no profound overall plot arc to the series apart from the mission to deliver Murphy and his antidotal blood to California. “Sisters of Mercy” provides the same bite-sized plot line that leaves traces of happenings to come and although it is not without its flaws, it has moments of excitement and humour that make these problems forgivable. 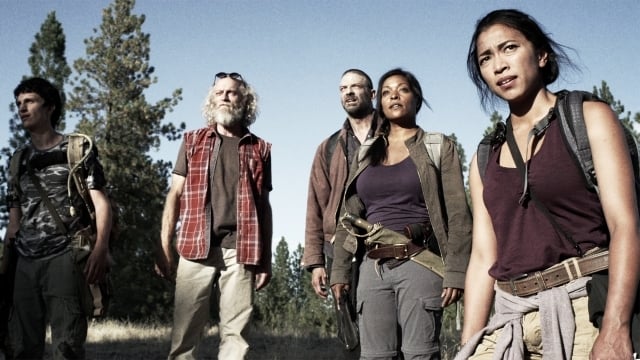 There have been some problems with the last half of episodes in Z Nation’s first season. Due to an overwhelming feeling that the writers wanted to take the show into too many different directions, there is a lack of cohesiveness that can be jarring for the viewer. Fortunately, after several meager instalments, “Going Nuclear” is entertaining and chalked full of everything exploitive and ridiculous that makes the first few episodes so good. This episode is a great example of exactly where the show should aim as far as a balance between drama and action. It manages to present compelling moments for its characters but to avoid any feeling of being too dramatic in a universe where sensational violence is key, the scale is levelled with plenty of zombie guts and gore. 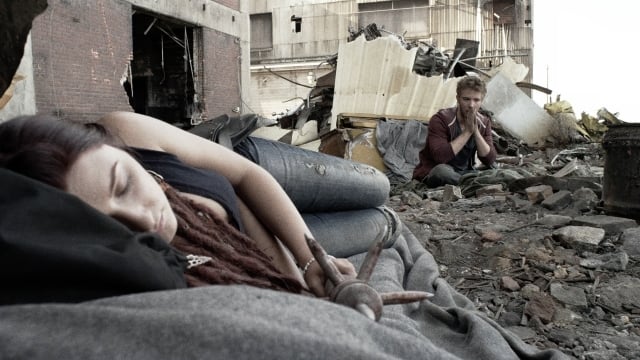 Z Nation came out of the gates in its first few episodes with unapologetic force. Seemingly promising a series that stood firmly against anything melodramatic or clichéd by actively making fun at every turn, this series appeared as though it would be a great palate cleanser for those who are sick of stories about the undead. Unfortunately, the episodes that comprise last half of this first season have been fairly meager attempts at achieving drama or tension, and “Die, Zombie, Die…Again” is yet another disappointing instalment. 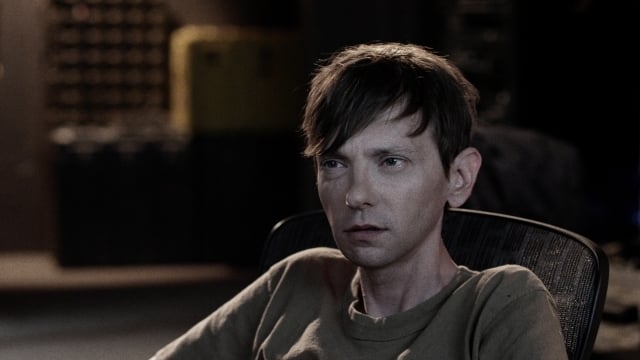 There is always room to play with clichés in zombie features. If the choice is deliberate, using clichés can act as a good-humoured nod between the filmmakers and the audience, because there is an understanding that what is occurring is passé or predictable and instead of trying to pass it off as original, the film or series celebrates the fact that it is overused and has some fun with it. With that being said, there is a very fine line between using a cliché as a clever and knowing jab, and tired and lazy writing that lacks self-awareness. The latter unfortunately occurs in Z Nation’s latest installment, “Zunami”, which is even more disappointing, because the show is otherwise laden with originality. 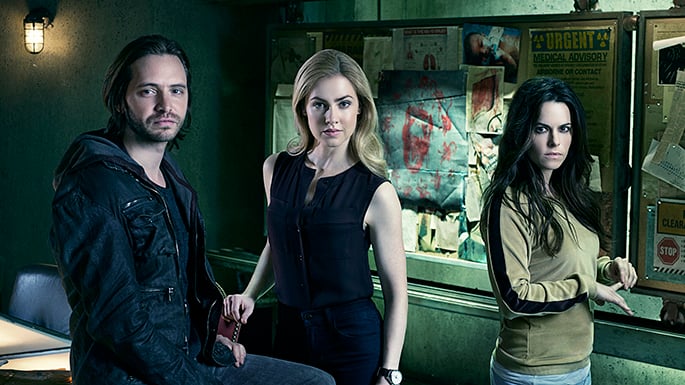 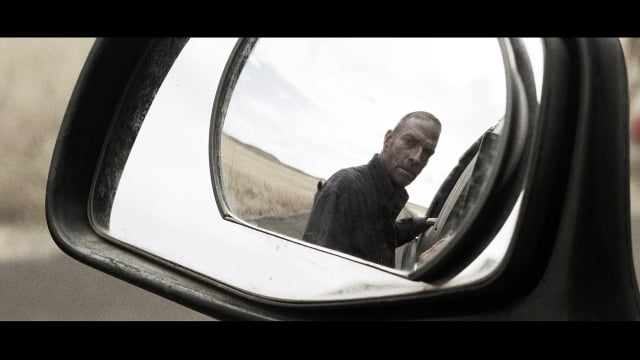 With the unexpected death of Charles Garnett (Tom Everett Scott) in “Resurrection Z”, Z Nation continues to present different edges to the old zombie themes. Although midway into the season it struggled with pacing and balancing drama with action, after “Welcome to FU-Bar” it appears as though the show is back on track to wrap up an exciting season.

In its first few episodes, Z Nation aimed to be a schlocky homage in the style of The Asylum’s preceding films like Sharknado, which can work for an hour and a half feature, but does not necessarily elongate well into a television series. The main problem with Z Nation’s mid-season episodes is that the writers bit off more than they could chew, packing in too much shallow plot too quickly. After four episodes of harmless fun, the show took a swift turn for the dramatic, shoving as much tragedy as possible into the series. Earlier installments had a thin veil of drama with a higher dependence on exploitation-level violence and harmless fun, and this tonal shift greatly took away from the cohesiveness of the series. With everything else in the universe so excessive and over-the-top, the middle of the season’s sensationalism could be effectively compelling and well balanced, the writers just needed to focus it into one or two main plots. “Resurrection Z” and “Welcome to FU-Bar” are melodramatic and ridiculous, but in exactly the way this show should be. 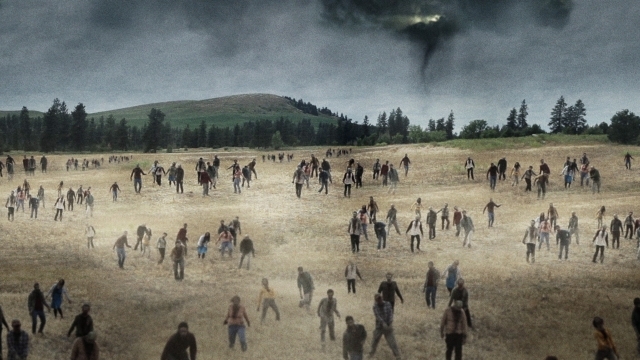 Although the prior four episodes of Z Nation are characteristically fast paced, they each capably handle the plot and character growth without presenting anything that feels especially uneven or hurried. Unfortunately, in this past episode, “Home Sweet Zombie,” there is a distinct feeling that some dramatic developments came into play far too quickly, which weakens the overall tone of the show that had before remained fun and mentally un-demanding. If the culminating episodes can balance the drama in the characters’ stories with the light-hearted guts and gore that Z Nation does so well, there is a substantial amount of promise for the season, but after this episode, it appears as though the creators have not quite mastered how to pair genuinely compelling writing with exploitation-level violence. Although an exploitative full length feature can certainly exist with minimal back story or depth in the plot, an entire series begs for a little more than just zombie skull smashing. 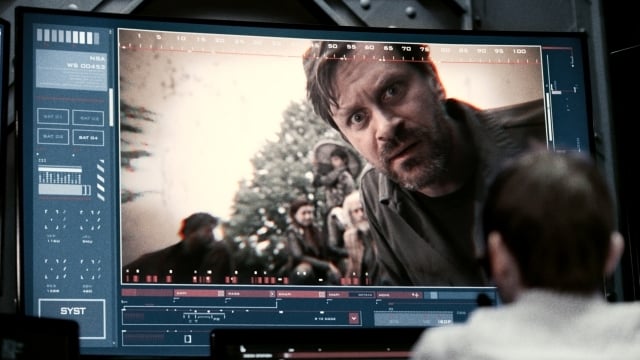 The appeal to Z Nation is undoubtedly how incredibly action packed it is. With plenty of zombie skull smashing and its very fast paced episodes, it can be a welcomed retreat for a tired mind at the end of a long work week. Although this makes for a fun series, the profound lack of depth in the plot may disengage viewers and prove troublesome in future episodes. Now at the halfway point for the first season, there is minimal promise that some sort of satisfying plot twist or big reveal is to come in the concluding episodes. The main characters are burning through foe after foe in the span of each forty minute instalment with nothing particularly set in motion to imply an upcoming substantial obstacle. Instead Z Nation presents a series of surmountable hurdles that are entertaining for the span of the episode, but may weaken the overall plot arch of the series. If there is an exciting turn in what is to come of the story, viewers should hope to see some apparent foreshadowing so that it can be properly presented and not feel rushed or unconvincing. 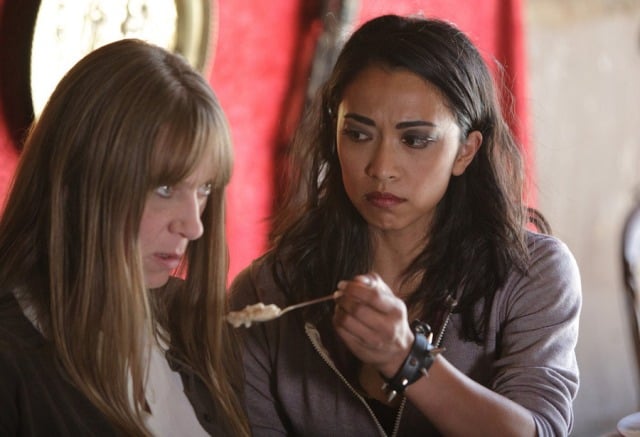 The art of satire is sometimes difficult to accomplish successfully. Taking an element in pop culture that has become clichéd and subtly mocking it can unfortunately often be misunderstood by a large portion of its audience. Z Nation, with its consistent biting, farcical episodes, is so boisterous and bad-for-the-sake-of-bad that it is understandable why its wit may be difficult to read as purposeful. But due to some hilariously asinine scenes, viewers of the show can continue to rejoice in the ridiculous, which strengthens the spoof, rather than criticize what might weaken a standard drama. 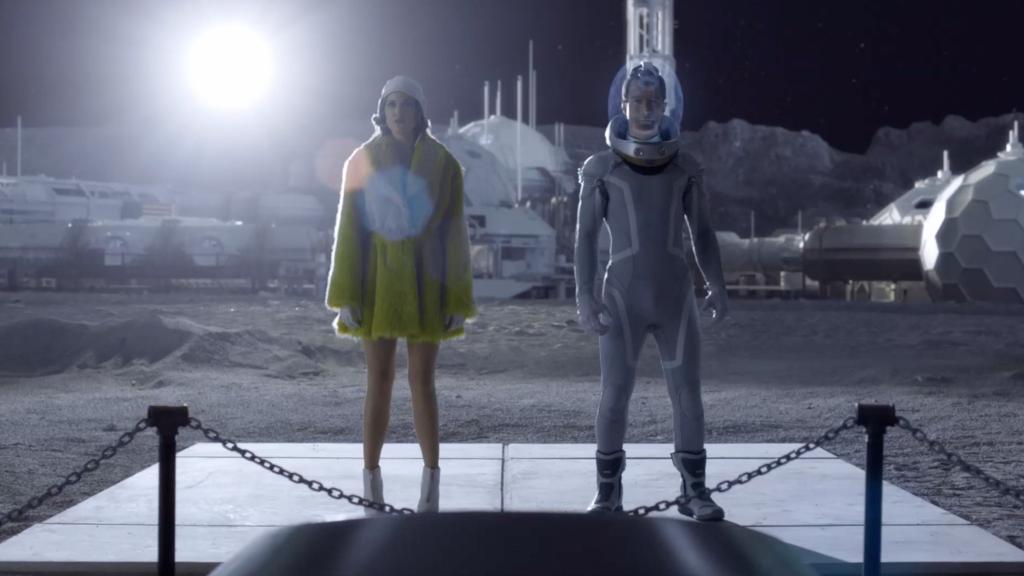 While Bryan Fuller’s style may be a bit too quirky, macabre, or esoteric for some audiences, there’s no denying that the man knows how to give good pilot. The first episode of Wonderfalls was an endearing, fast-talking affair that gradually injected fantasy into early 20s/retail ennui. The first episode of Pushing Daisies was nothing less than a storybook brought to life, a vibrant spin on the matters of life, death, and what happens when the order of the two reverses. And the first episode of Hannibal was a visceral, otherworldly affair that made it clear from the outset it wasn’t your parents’ Hannibal Lecter. 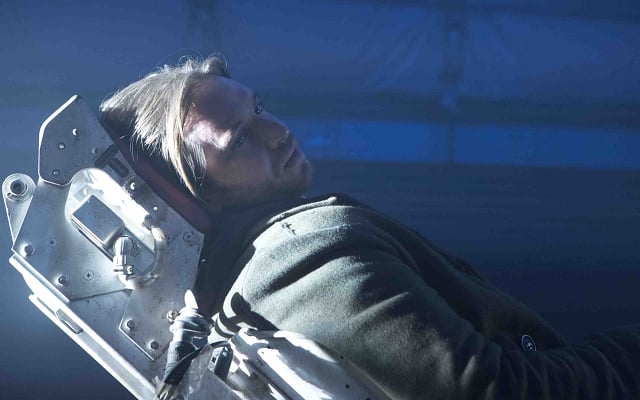 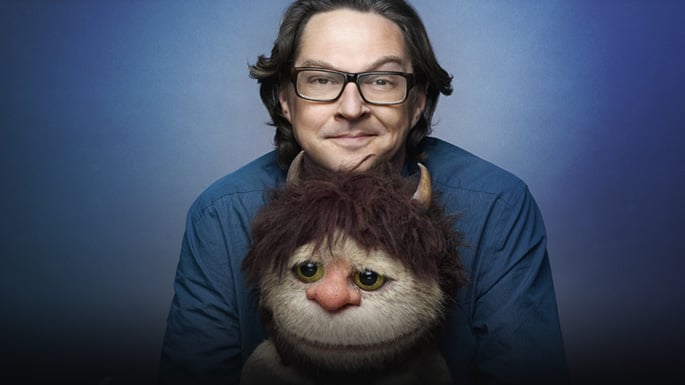 In this very special 19th Episode of the Hey You … 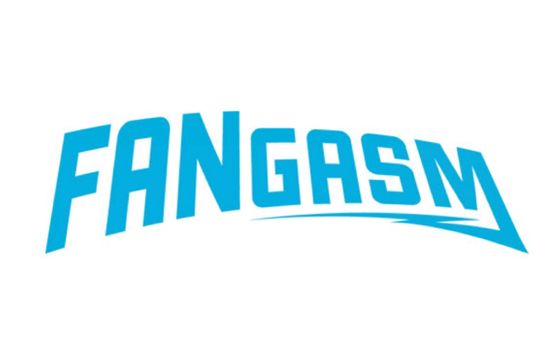 My first reaction to Fangasm was how much I related to the people on the show and how respectfully they were treated. Executive Producers SallyAnn Salsano and Joel Zimmer did a good job getting geeks with different interests and personalities on their show as interns for Stan Lee’s Comikaze Expo. The cast range from Andrew Duvall, a hilarious Star Trek fan who ironically works for Enterprise Rent A Car to Dani Snow, a cosplayer who is interested in Lord of the Rings, comics, and special effects makeup.