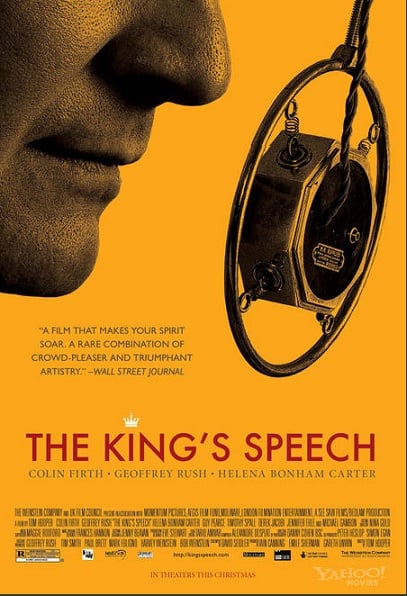 Another multi-award nominated film, more specifically a Golden Globe Award and Academy Award nomination for Best Original Score, The King’s Speech score is noticeably absent from another list—my Best Scores List, and with good reason: I have not been able to see or hear anything from this film until 2011 (Vancouver can be lousy that way), so sometimes I consider the end-of-December releases as belonging to the following year.

First of all, The King’s Speech score, marvelously constructed by Alexandre Desplat, is deserving of all the raves and nominations, but it is not deserving of the final triumph. Yes, yes, awards are not the point, and comparing and ranking things like music and acting is like deciding whether purple is better than green, but my sentiment still stands. No other film this year (except MicMacs, which was apparently released in 2009 – again, Vancouver strikes) has the sheer originality and brilliance that The Social Network does. That out of the way, it is undeniable that Desplat is anything but a master of his craft—his work schedule of 2010 alone shows that (The Ghost Writer, Harry Potter and the Deathly Hallows Part 1 and The King’s Speech to name a few).

Desplat’s ability to search out what themes and emotions are predominant in a film makes him a good composer and it is his ability to find those hidden notes and moments of mood in a film that makes him a great composer.  Within The King’s Speech score, the tones are those of levity and seriousness, but calmly and subtly rendered instead of an over-the-top regal approach. Desplat has incorporated the insecurities felt by Colin Firth’s character, Albert, the tenderness between Firth and Helena Bonham Carter’s characters, and the humour found within the idea of a King’s speech stammer directly into the music. The score is very light and airy, but one should not confuse light with the idea of being watered down. Instead, an idea of unflagging, yet calm—a strong but slightly silent sound—score; one where control and clarity is emphasized with a minimalist approach.

Desplat’s decision to pare down the score’s instrumentation to a simplified scope of strings and pianos speaks largely about the intent and purpose of this score: character. The music mimics that of its cast: restrained, impetuous, and flawed, and represents the flowing moments of love as well as the awkward and jerking moments of the infamous stutter. Yet all seems cohesive and appropriate. Upon listening to this score, the greatest thing is the natural integration of music and it’s feeling of completeness beyond just notes. The sound is somewhat fuzzy or dated sounding—it immediately evokes the presence of the era. And the score is so wonderfully developed and edited that its presence within a scene is somewhat unnoticeable—it just fits without adding an overly boisterous entrance. It enhances the scenes—Carter’s fret and worrying for Firth or Gregory Rush’s spirited techniques—instead of making them overdramatic and stupidly obvious. It is original in not only it conception and deliver, but that of assumption of the audience. It is smart and styled and not needing or wanting of attention.

The King’s Speech score may not have my vote for a golden trophy, but it is definitely one of the best scores of the year. Complex and understated, it gathers the point and intent of each character and harnesses their idiosyncrasies into one fine musical point. 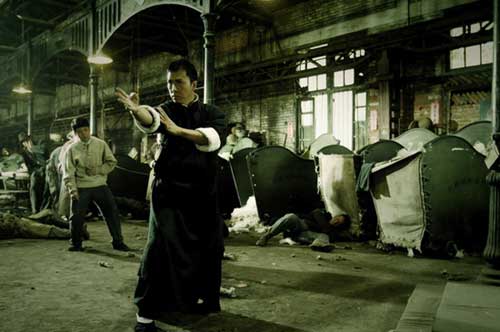