We recently reviewed Hot Fuzz on Sound On Sight Radio and discussed the many subgenres which influenced director Edgar Wright. Unlike, say, Shaun of the Dead, which lifts mostly from zombie films, Hot Fuzz is a mix of several genres including buddy cop films, slasher movies, action comedies and even westerns.  The Droid You’re Looking For has posted a trilogy of infographics showing which movies have influenced Edgar Wright‘s three feature length films. Below you will find the infographic for Hot Fuzz and Shaun of the Dead, but if you like what you see, I recommend you head over to the Droid’s site to see the image created for Scott Pilgrim vs. The World. 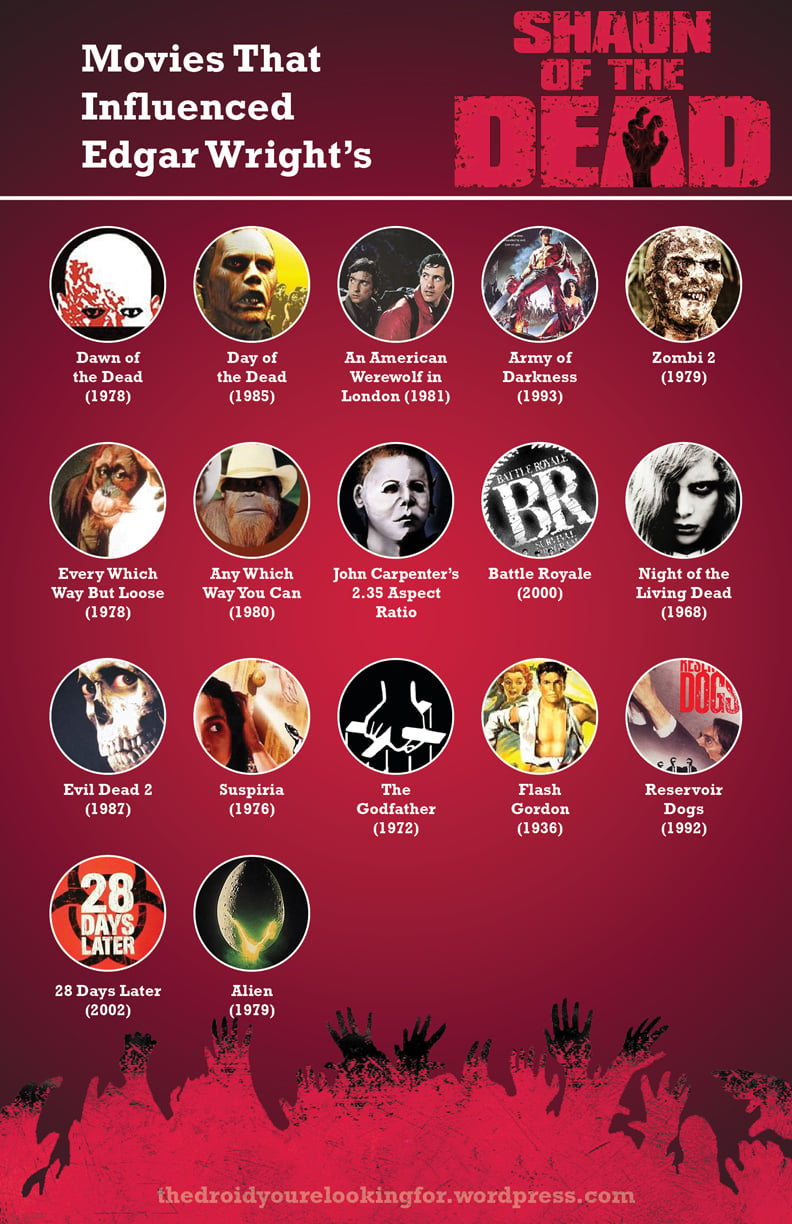