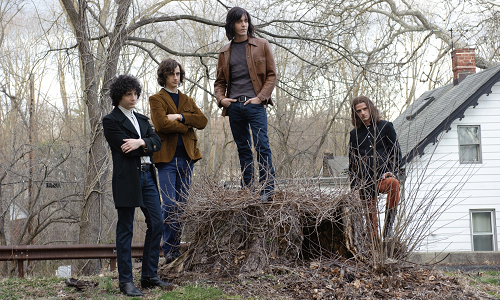 When discussing the current unprecedented boom in quality television programming, with shows such as Breaking Bad and Louie expanding the scope of the medium, many people point to the HBO series The Sopranos as the pioneer that paved the way for all that came since. Thus, since the show’s end in 2007, creator and showrunner David Chase has been the subject of much speculation regarding what he shall throw his creative muscle behind next. That project turned out to be the feature film Not Fade Away, an original screenplay from Chase on which he takes directorial duties as well. Chase reunites with James Gandolfini for the movie, who’s joined in the cast by Jack Huston, Christopher McDonald,  Brad Garrett, and Isiah Whitlock Jr. The first trailer for the movie has now been released, and can be seen below.